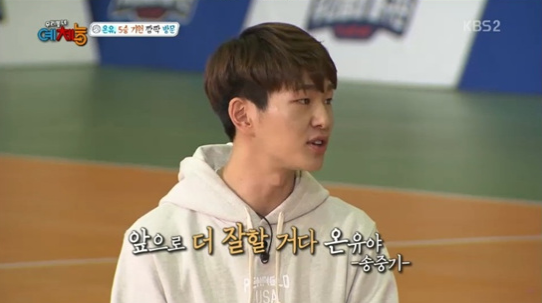 On the May 17 broadcast of KBS2’s “Cool Kiz On The Block,” SHINee’s Onew makes a surprise appearance to cheer on the “Cool Kiz” volleyball team.

During his appearance, he discusses various topics, including his recent acting role on “Descendants Of The Sun” and his co-star, Song Joong Ki, for whom he has nothing but praise. He goes on to describe a time when he particularly appreciated Song Joong Ki’s support as a senior actor. 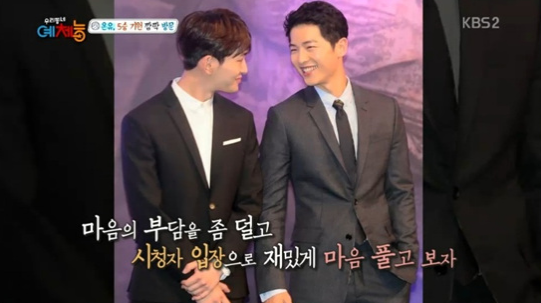 He says, “There were scenes which were edited. During the first episode, I was anticipating the scene where I would appear, but it didn’t come and I was sad.”

He continues, “Before the episode was even finished, Song Joong Ki called, ‘It happened to me too. Lessen the burden on your mind a little and let’s relax and watch it pleasantly as viewers. From now on it will get better,’ he said, and encouraged me. This senior’s careful consideration touched me.”

The two seem to have a very sweet and supportive relationship!

Song Joong Ki
Cool Kiz on the Block
Descendants of the Sun
Onew
How does this article make you feel?