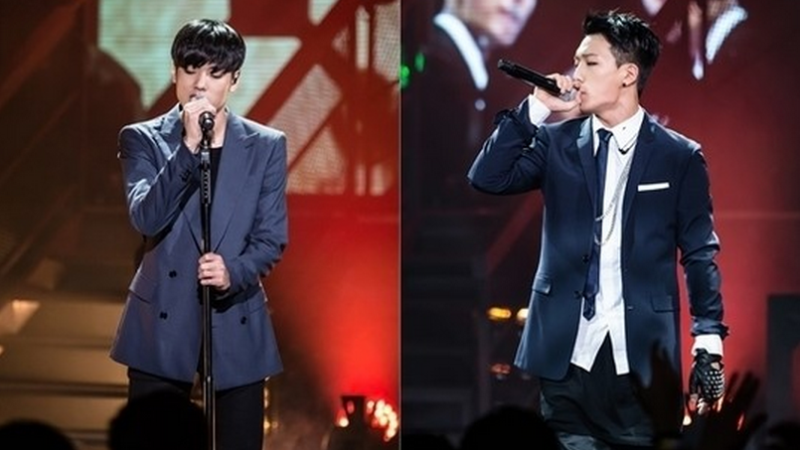 11 Amazing “Show Me The Money” Performances You Have To Watch

As the rap survival show “Show Me the Money” embarks upon a new season, loyal fans of rap and hip hop can hardly hold on to the edge of their seats waiting to see what talent will be discovered and slick rhymes will be spit. We’ve compiled a list of some of the most impressive and heartfelt performances from past seasons that embody the art of rap.

First on the list is WINNER’s Song Minho’s emotional track “Fear” depicting the difficulties he thought were holding him back which just ended up being his own fear. He speaks to the responsibilities bearing on his shoulder and we witness a heartfelt moment between him and his father. Not to mention, the element of surprise of Taeyang’s guest appearance shocked viewers through and through.

Black Nut was one of those contestants that caught our attention in the most unconventional ways from the get go. From his wild antics of exposure to his choice of disses in the diss battle round, he had accrued a strong amount of followers and anti-followers. This performance talks about his hardships he’s encountered over the years and the summation of his efforts on this show. He finally gets the chance to prove his talents and worth in the rap world.

Iron puts his own twist to the lyrics and discusses the hardships he felt, especially due to poverty. Often times, these rap performances and lyrics are critical narratives to understanding the performers story and a manifestation of their trials and triumphs, which Iron demonstrates so convincingly. He also has a slight reggae feel which makes him stand out among the other contestants.

Bobby was a contestant that many had eyes on before he went on the show and came with an established fan club already. He uses “Show Me the Money” to prove that he is more than just the artist tagged to YG Entertainment. This performance encompasses his pure talent and charm. He is able to hype up the audience like no other and the entire room can feel the passion and swag radiating off him.

A performance that hits “home” and allows viewers to empathize with the rappers. Jinsil’s angelic voice compliments the contestant Loco pour out his heart and soul on family with his own mother in the audience with his mentor Double K. Performances like this is what makes rap such a unique and creative form of art.

It’s hard to pinpoint the best part of this performance because it’s all so great. From Sean riding in on the mini car to Tablo’s diva-tastic hat and Incredivle’s lyrics. They are exactly what the fan girls were looking for and give a great depiction of the glamour associated with life in the spotlight. The performance is playful and entertaining and gets the audience moving on their feet!

With an infusion of his own style and taste, Olltii keeps the framework of G-Dragon’s hit about love and seeing the one you’re destined to be with with anyone but you. His lyrics really add that “umph” and distaste for the other man to the song that is already full of shade and resentment.

If you’re looking for one of the fastest rappers in the game, look no further because Outsider absolutely nails it. It starts of slow and for good reason, to emphasize the emotion of the song with Mad Clown’s soliloquy like verses. Enter Ivy’s beautiful voice and close out with Outsider’s performance. This performance hits on all their positive traits and incredible talent and is the perfect composition.

This lighthearted adaptation is sure to get you on your feet and bouncing along with the rappers. It keeps it fun, clean, and respectful! You can tell by watching the other judges interactions and reactions that they truly enjoy the presentation and performance by the contestants.

For loyal fans of iKON and B.I in particular, it’s no surprise that he was overcommitted with being a trainee, filming “Mix & Match” and being a contestant of “Show Me the Money.” Although he hit some rough patches with his time on the survival show, this performance of his helps him redeem his reputation on the show and truly demonstrates his talent and lyric writing skills. His authenticity is seen in the rap and really reminds us that you have to be yourself, if not, who else can you be?

If you need a reason to watch this video, do it to watch the backstage footage of all the other judges and contestants reaction. They know that they are in trouble because Basick completely dominates the stage and gets the crowd so hyped – to the point where we see San E smiling so wide and dancing like a child. He really can’t contain his excitement, just like the rest of the audience and viewers.

What performance do you think is worth re-watching? Let us know in the comments below!