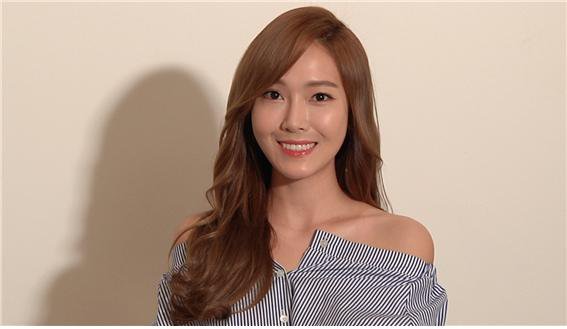 Jessica Reveals Which Juniors Have Caught Her Eye

Details from Jessica’s upcoming appearance on Arirang TV’s “Showbiz Korea” have been revealed!

She introduces her first solo album “With Love, J” and talks about her sister amongst other topics during her appearance. Jessica discusses the great detail and preparation involved in selecting each of her songs. She reveals that “Fly” was created first but all of her songs are special to her.

As for Krystal‘s support, Jessica comments that Krystal helped out so much that she should appear in the credits. Krystal also came to the “Love Me the Same” music video filming to cheer on her sister and helped Jessica select jacket photos.

When asked about which juniors she has her eyes on, Jessica answers, “I really like Kim Seokyung and these days GFRIEND and TWICE are all so pretty and talented.”

Kim Seokyung previously mentioned on “Produce 101” that Jessica is her role model.

The interviewer asks Jessica to give some advice to her juniors to which she responds, “Since they are doing so well right now, I don’t have anything specific to say. I just want to say that since they are working so hard right now they will do even better in the future.”

You’ll be able to watch this episode of “Showbiz Korea” when it airs on May 20.

Showbiz Korea
Jessica
How does this article make you feel?