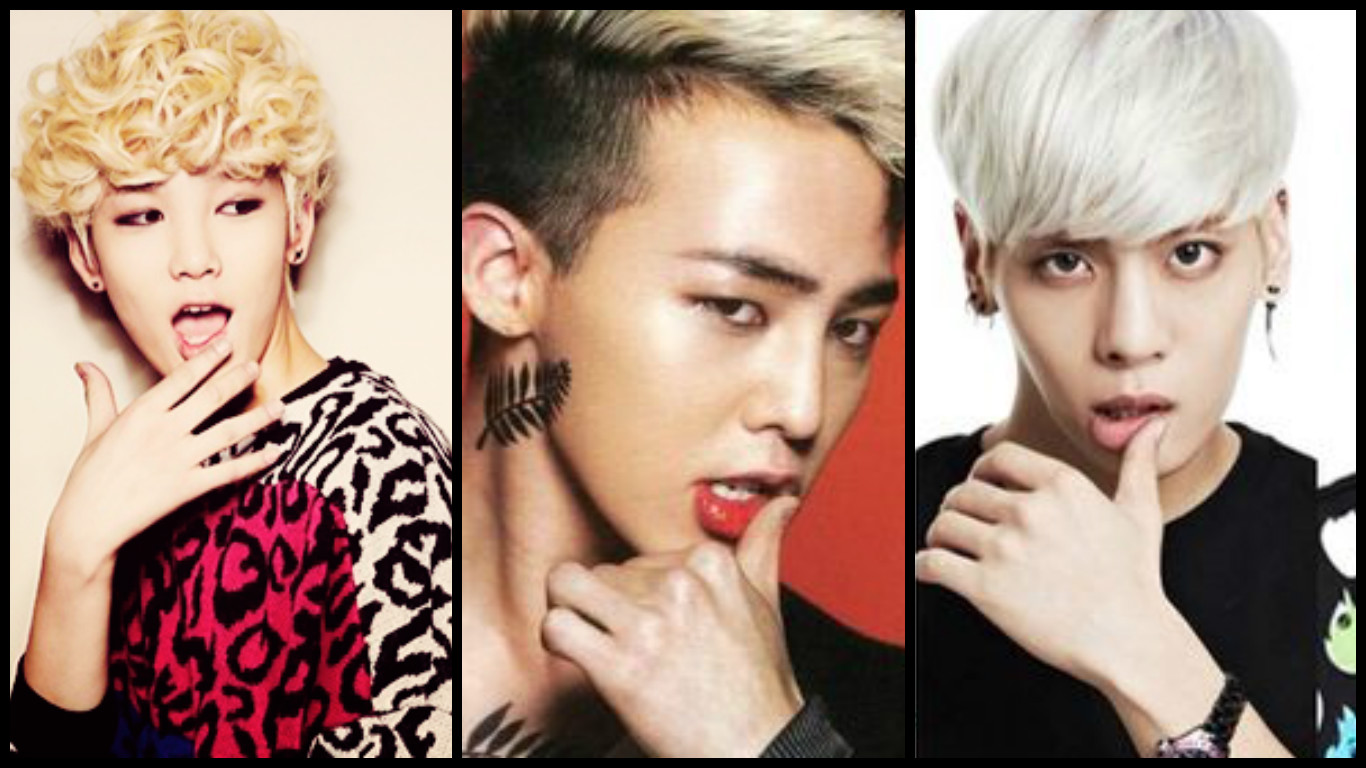 The “lip graze” is one of the most iconic K-pop moves to exist in K-pop choreography along with the beckoning fingers, the head clutch, and the body rub. This classic move is a favorite with male and female K-pop stars and highlights luscious lips and long fingertips. Now it would be a mistake to think that there is just one kind of lip graze. The “lip graze” comes in different styles, speeds, and variations. Without further ado, I present the top lip grazes in K-pop.

Super Junior set the bar for so many K-pop groups. It’s no surprise that the recent solo debutant, Ryeowook, shows us how the “classic two-sided swipe” is properly performed with plenty of swag and panache. First, you wipe your lip and then you flick the invisible matter away with a flip of the wrist. Give it a try!

Lip Graze With A Prop

We all know that VIXX is the master of the unique concepts, including the use of props and creative themes. Who could’ve imagined that they could incorporate the lip graze into their propped “Voodoo Doll” routine? Follow Hongbin’s example as he uses his skull-tipped microphone to pantomime brushing his lips at the finale of their creeptastic number.

Special mention goes to SHINee’s Jonghyun because he’s making use of the ultimate lip grazing, male brooding prop ever: the sexy sports car!

There are several great examples of this beauty that’s a cross between a gasp and showing off one’s magnificent manicure. EXO’s Suho pulls off a masterful, slow open-handed lip graze in “History.” You can also find the ladies of Red Velvet, the very group that cameoed in hit drama “Descendants of the Sun,” showing off wicked red manicures in their video “Dumb Dumb.” SHINee’s “Lucifer” also has maknae Taemin showing off his open-handed lip graze with a light touch.

NU’EST’s Baekho demonstrates the sexy, full backhanded lip graze. This is good for driving fans wild and also for removal of food, or stubborn lip color. Take a gander? Can you pull it off as dashingly as Baekho?

One it starts, sometimes it just don’t stop! SHINee’s Minho shows us how it’s done during a live stage of “Odd Eye.” Start at the lips and keep traveling because there are more beautiful aspects of Minho to highlight! Check out the lady’s version in the Girl’s Day “Ring My Bell” video. It’s daintier and hangs on the lips a bit longer. How good is your continued graze?

BTS’s fresh-off-the-press “Fire” contains some sizzling lip action in live performance. These lips are so hot that the fingers can’t stay there for long! Instead, kisses are blown to an eagerly awaiting audience. Practice this hot-to-trot move for your next romantic encounter.

Which is your favorite lip graze, Soompiers? Are there more out there that highlight perfect K-pop lips?