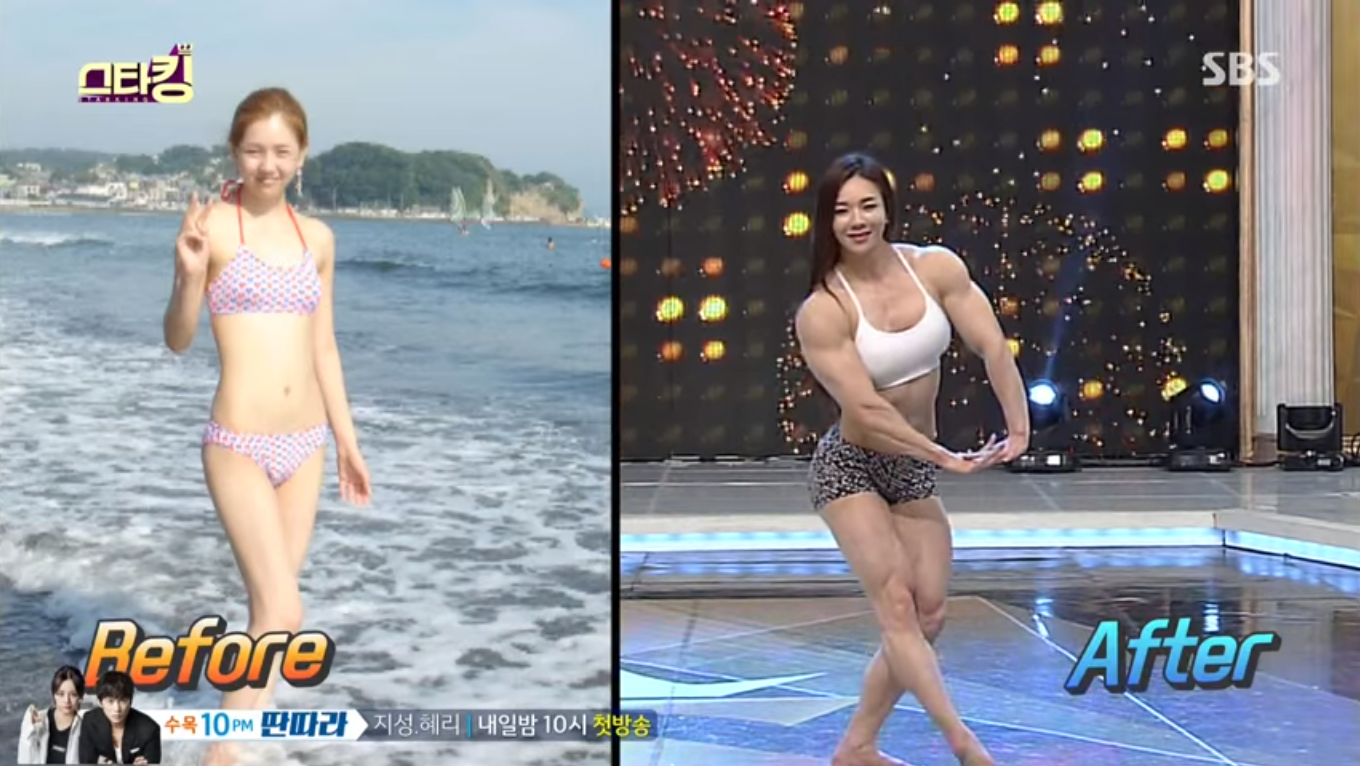 Watch: Bodybuilder Reveals Before And After Photos On “Star King”

A “Body Queen Pageant” was held on the show’s May 17 episode, with idol groups Laboum and History as guests on the panel.

Jhi Yeon Woo, a “body queen” in her 30s, stands out among six other contestants mostly in their 20s. During the pageant, she displays her hard-earned muscles more toned than the average man’s. 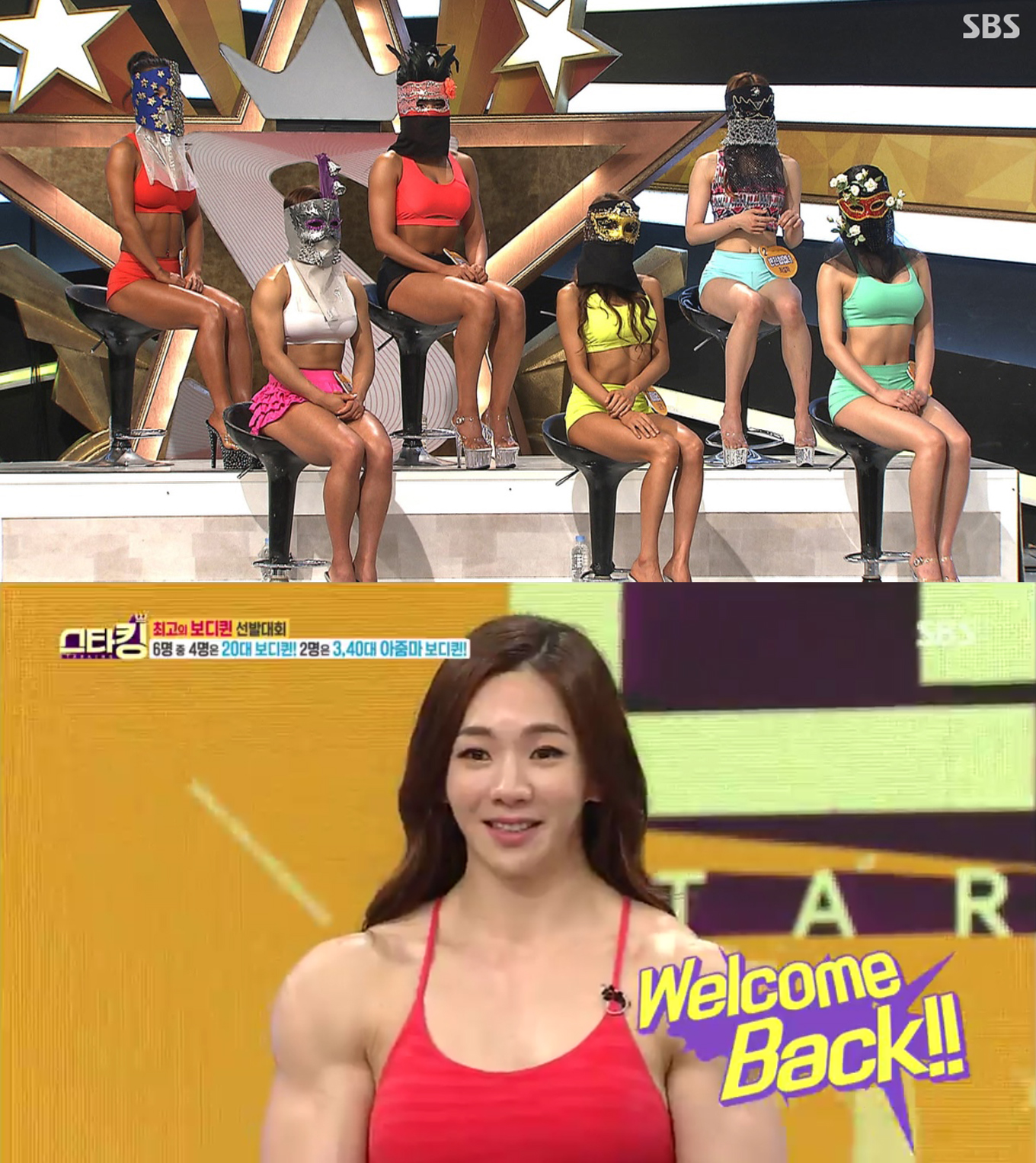 During her first “Star King” appearance on April 19, the bodybuilder reveals she once looked very different from how she does now. 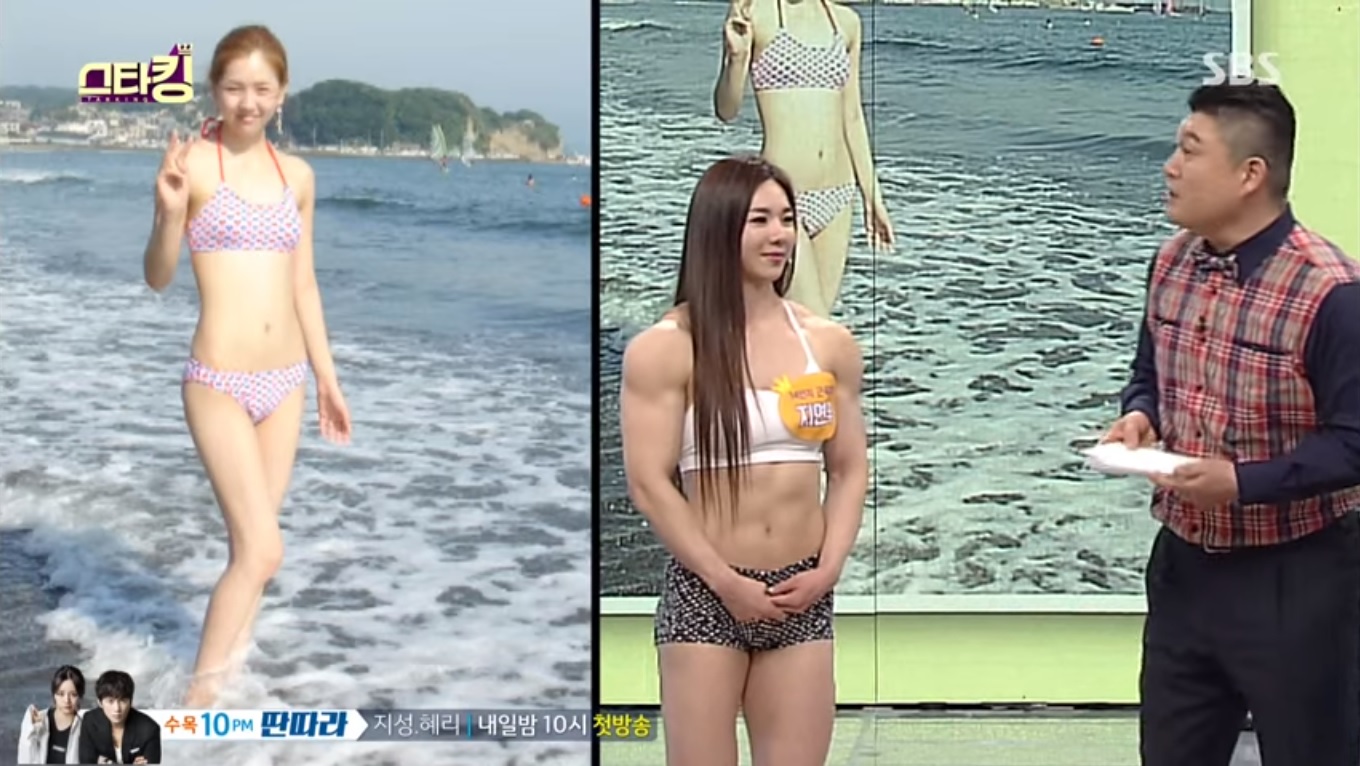 Viewers became even more surprised seeing her past photos that show how much her figure has changed.

Jhi Yeon Woo says, “I’m 170 centimeters tall, and back then I was a size 44 and weighed 48 kilograms. I couldn’t even carry heavy objects in the grocery. Now I can carry them with ease.”

Watch her cut on “Star King’s” pageant below!

Jhi Yeon Woo
Star King
How does this article make you feel?