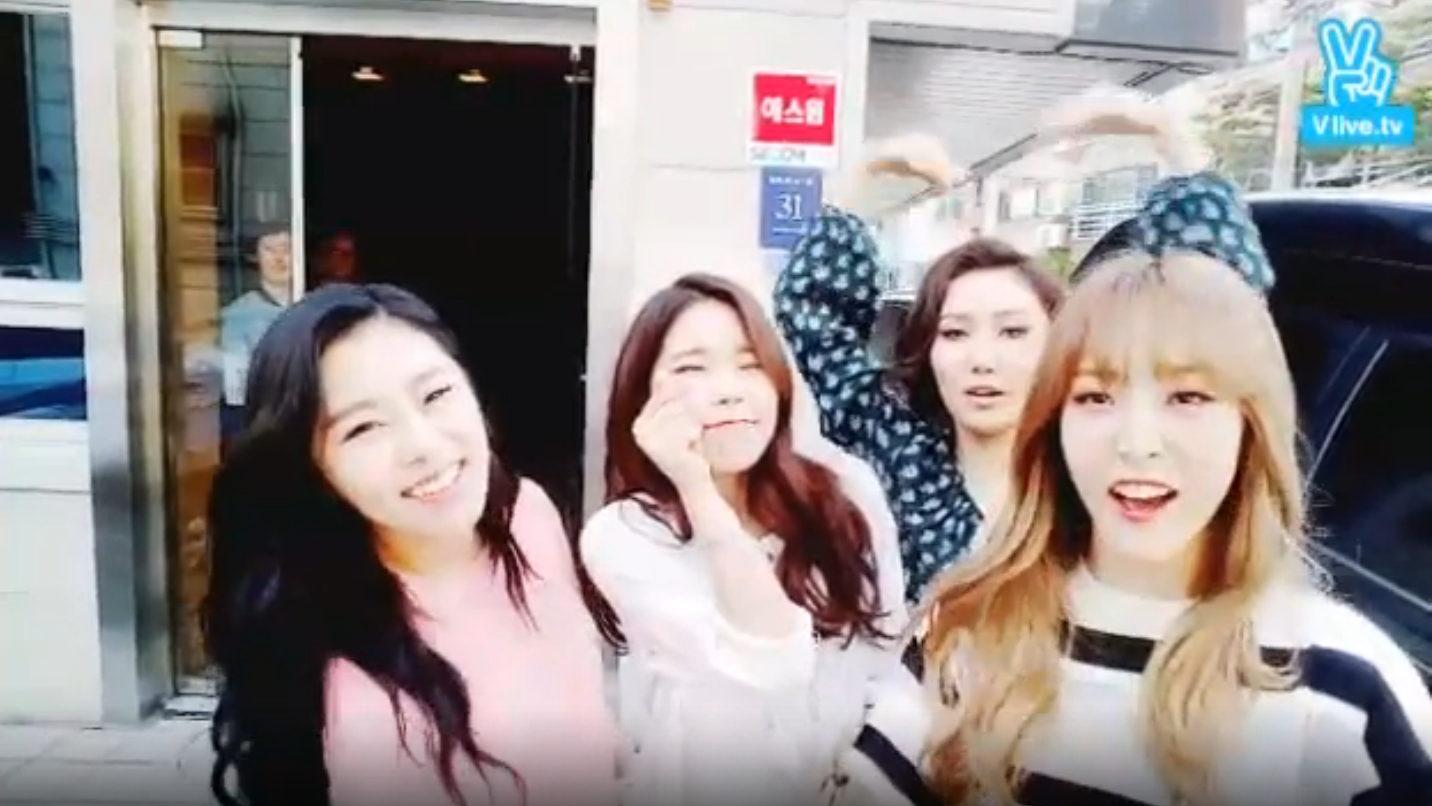 On May 18, MAMAMOO celebrated their 700th day debut anniversary with fans by checking in via a live broadcast on Naver’s V app!

The four-member group debuted on June 19, 2014 with their track “Mr. Ambiguous,” and have gone on to garner plenty of fans for their unique and refreshing concepts, fun sense of humor, and seriously impressive vocal talents. They recently took home eight music show wins for their track “You’re the Best” in March.

During their live broadcast, MAMAMOO sings a “Congratulations” song to themselves, and reveals that they now have 70,000 official registered fans (who are called MooMoos). Leader Solar says, “We’re so surprised and grateful that we’ve reached 70,000 MooMoos on our 700th day.”

“We have an amazing event planned for if we reach 77,777 fans,” promises Solar as the other members laugh and Hwasa plays with her hair.

They then do some cute, lovable poses for their fans, and goof around happily as Hwasa keeps trying to mess up everyone’s hair. Wheein gives us an update on their plans for the day, explaining that they’re peforming at two school festivals, before they sign off cheerfully.

Support the artist by buying Melting from YesAsia
MAMAMOO
How does this article make you feel?