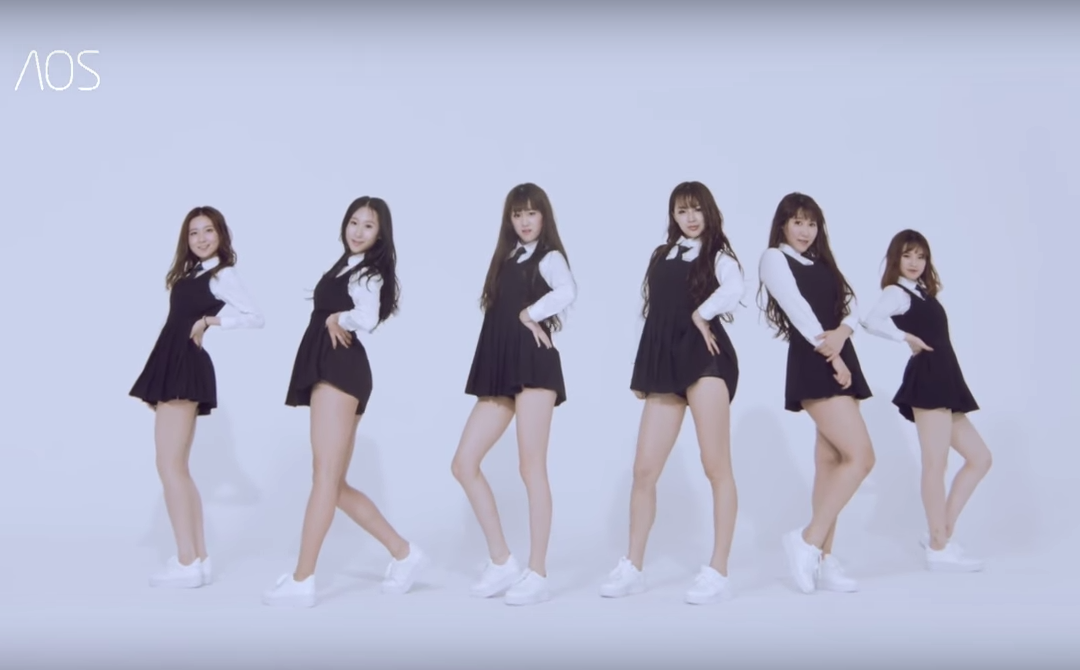 Recently, a Chinese girl group known as AOS has been accused of copying GFRIEND’s overall concept and signature choreography.

On May 9, a music video for AOS’s “With You” was uploaded onto YouTube. Following its release, many have pointed out that the outfits as well as the dance itself are problematic, because they are uncannily similar to GFRIEND’s.

The outfits seem to be shorter versions of what the GFRIEND members wear in their “Rough” music video, while even the song itself seems to have elements from not only “Rough,” but also Lovelyz’s “Ah-Choo,” as well as three other songs.

Meanwhile, the dance appears to have similar movements to several of GFRIEND’s dances, especially many of the “rewinding time” movements from “Rough.” At one point, it also seems to include Girls’ Generation’s kicking choreography from “Into the New World.”

While similarities do not always point to plagiarism, people both domestically and internationally say that there are too many similarities for this to just merely be a coincidence. Many express their frustration, commenting things like, “It’s the same as GFRIEND,” or “They flat-out copied [GFRIEND].”

Watch both AOS’s “With You” and GFRIEND’s “Rough” music videos below.

GFRIEND
AOS
How does this article make you feel?