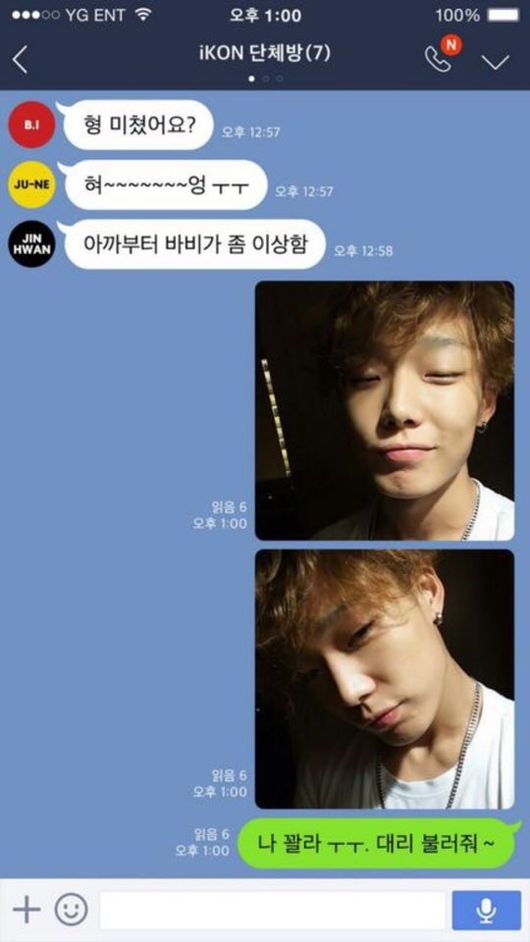 iKON releases another teaser image, again of Bobby. This one has members talking to each other in the messenger chatroom, with B.I. asking, “Hyung, are you crazy?” Member Junhoe (Ju-ne) whines, “Hyu~~~~ng” and Jinhwan says, “Bobby has been weird since a little while ago.” Bobby uploads a two selcas on himself, and writes, “I’m hammered. Someone call a substitute driver.”

YG has released a new teaser for iKON, this time with a mysterious message from member Bobby.

The teaser features a video of Bobby looking especially adorable with a bunny filter on, as well as a message that says, “What are you doing right now? Should I let you know a big secret? The company might fire me if they find out……” 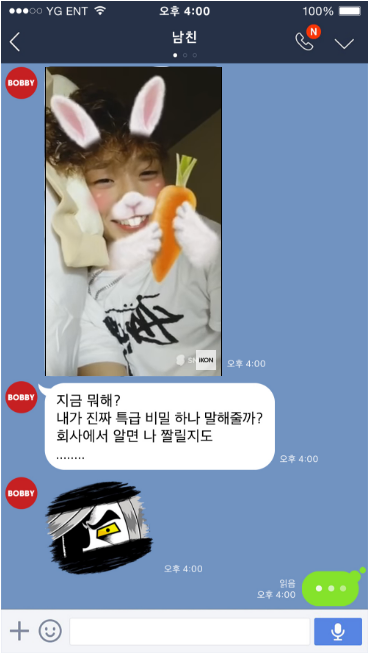 What do you think is the meaning behind this teaser? 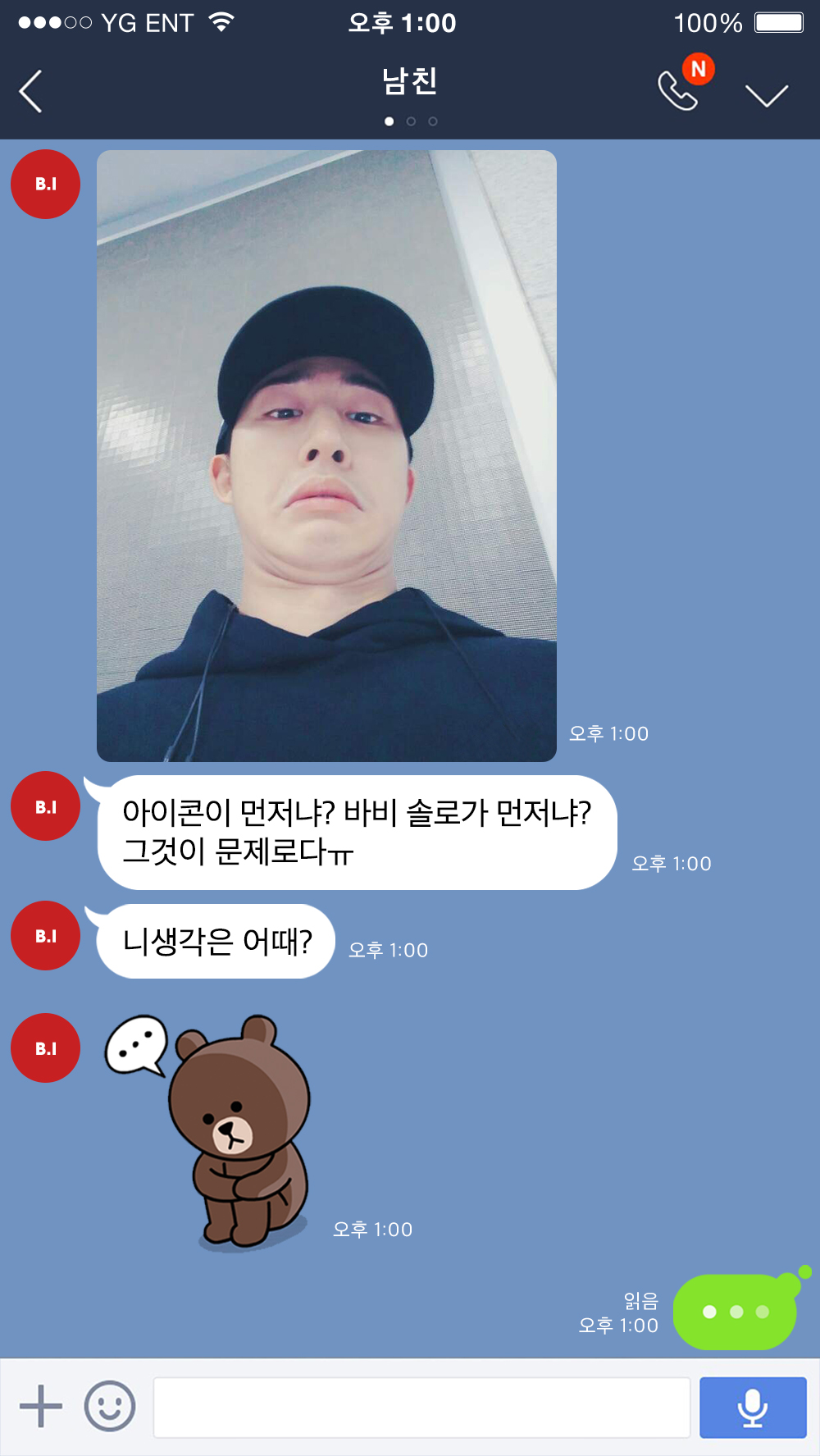 The first teaser features Chanwoo who asks, “What are you doing today?” He also talks about how he misses you and asks you to wait a little longer.

Next is B.I whose teaser says, “iKON first or Bobby’s solo first? That is the problem.”

Which do you think will come first? 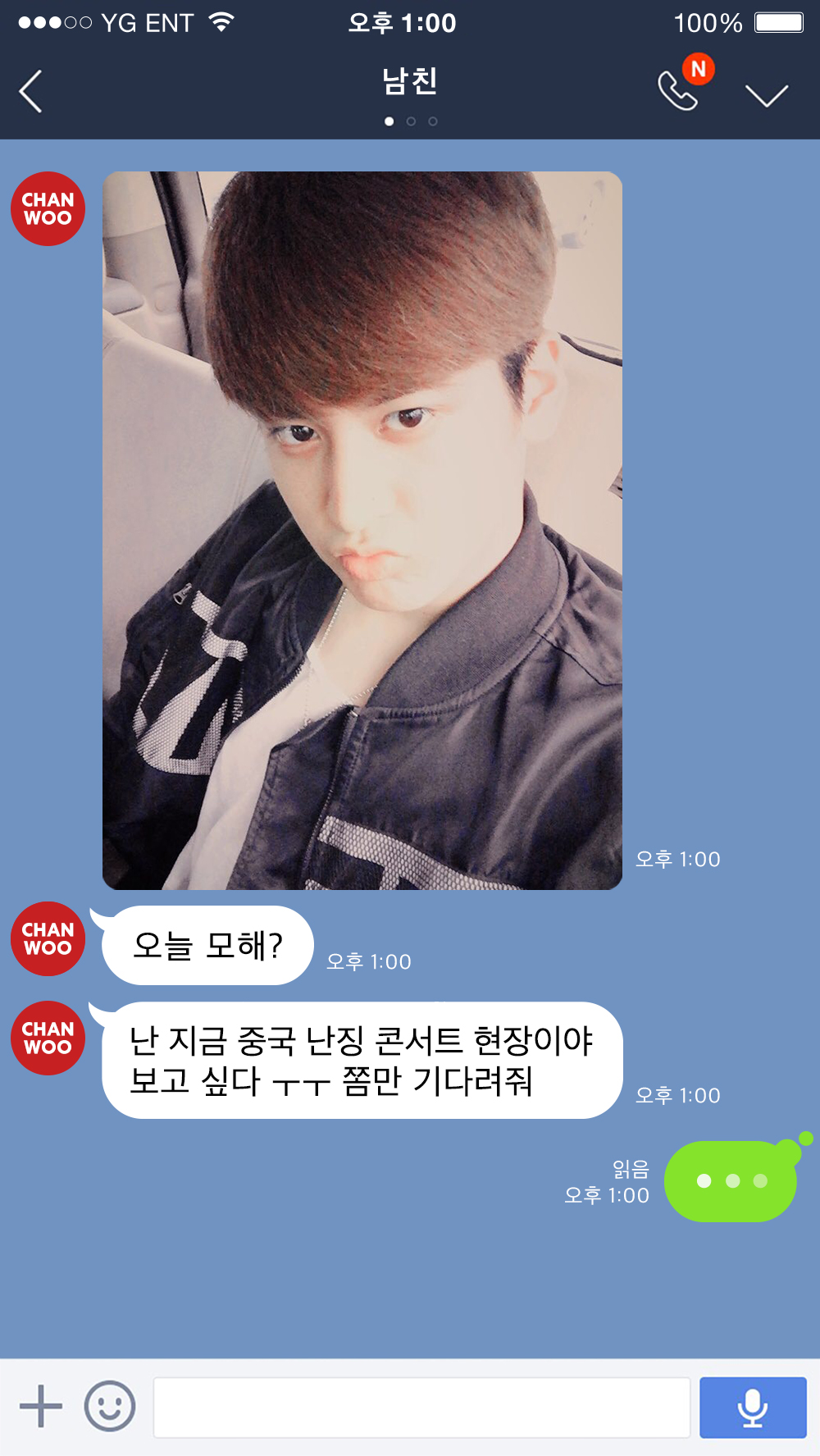 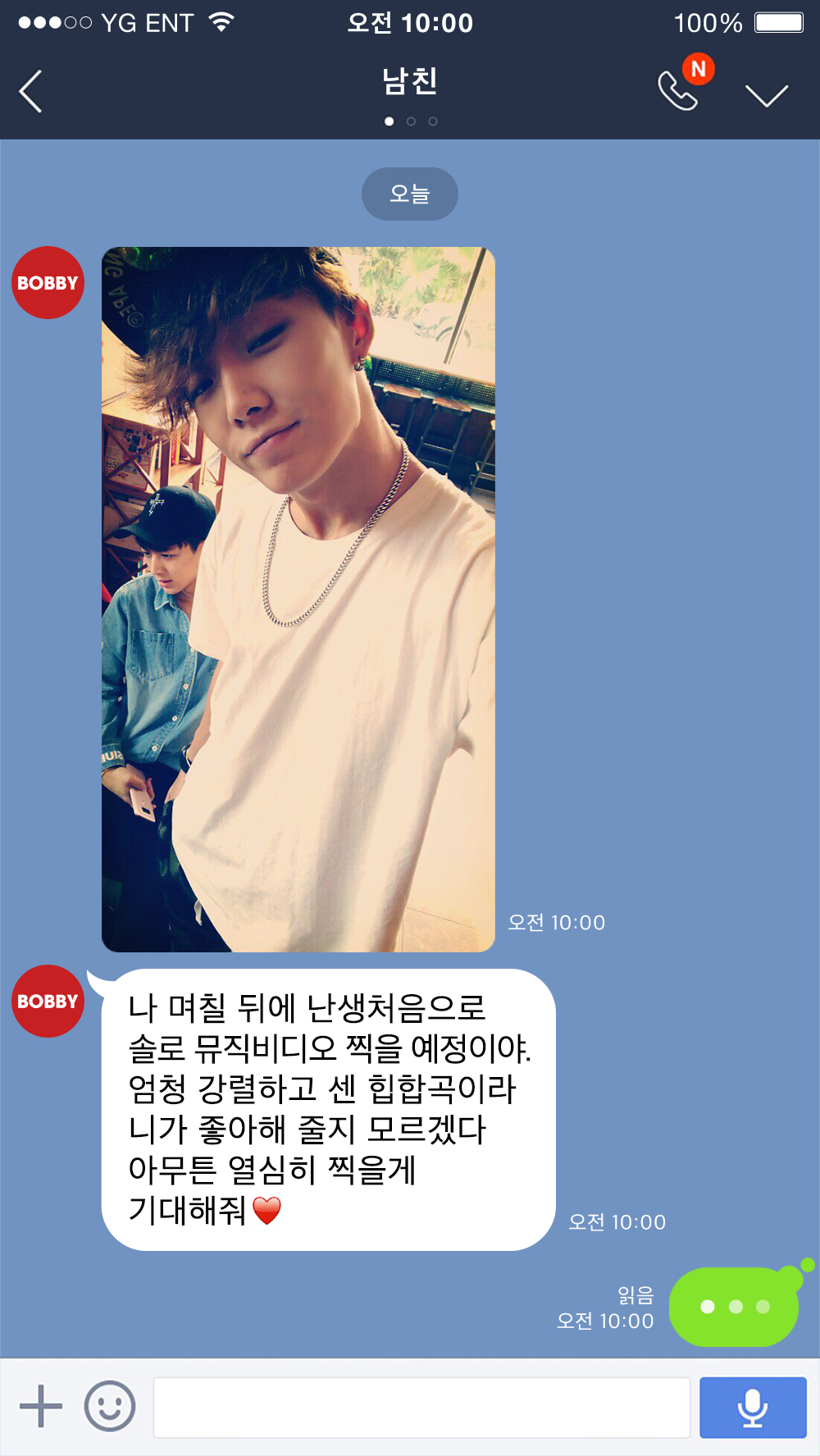 Is iKON’s Bobby releasing a solo track after all?

On May 19, another teaser image of the idol was released, in a similar fashion to the other mysterious teasers.

In yet another messaging “chat room,” Bobby sends a picture of himself, along with a affectionate message that says, “In a few days, I plan on filming a solo music video for the first time in my life. I’m not sure whether you’ll like [the song] because it’s a really intense and powerful hip-hop track. Either way, I’ll work hard, so anticipate it.”

While it has yet to be confirmed if this is for a solo debut, or iKON’s supposed comeback, it seems Bobby will be releasing at least one solo track, complete with a music video.

What kind of music would you like to hear from Bobby?