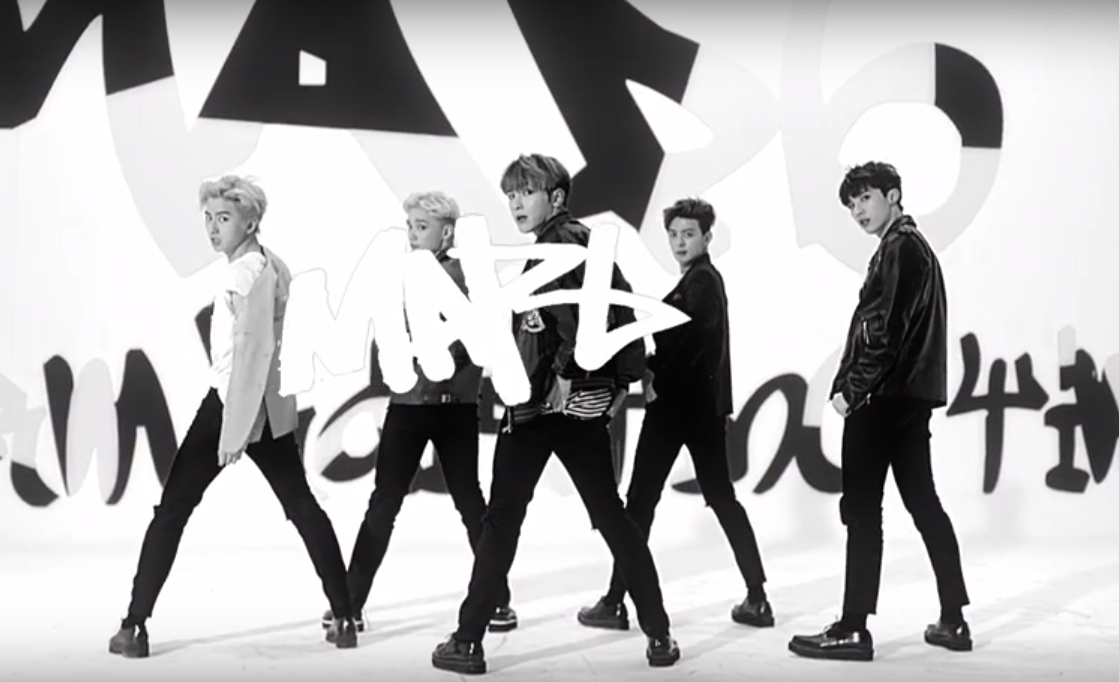 Rookie group MAP6 will finally be making a comeback with their new song, “Swagger Time”!

According to their agency Dream Tea Entertainment’s statements on May 19, this music video is yet another collaboration with director Hong Won Ki, who directed the group’s debut music video “Storm” as well.

This new music video reportedly shows five mischievous boys who disrupt an otherwise quiet and boring life, and energize it with their fun dancing and singing.

The director also adds, “The music video expresses MAP6’s free-spirited nature with the use of a brightly colored set with graffiti accents. Since this is the second music video I am filming with them, I was able to portray their hidden charms and talents better than last time.”

Watch the colorful and energetic teaser below!

“Swagger Time” will be released on May 24.

MAP6
How does this article make you feel?