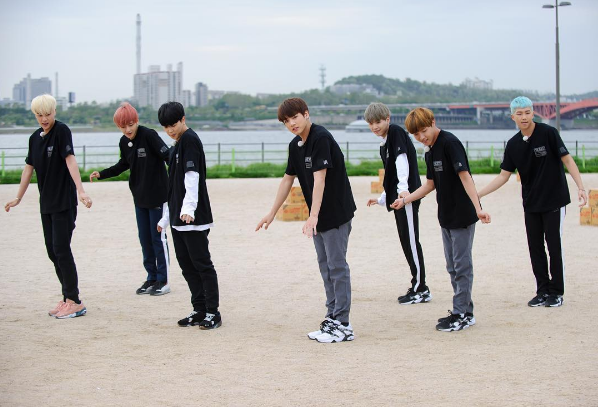 The PD said, “This week’s 300th episode special features BTS and the ‘Running Man’ cast have a seven on seven battle. We needed young opponents with overwhelming energy and BTS also has seven members, so it was a perfect match.”

Lee Hwan Jin continues, “Actually, since BTS shows powerful performances on stage I had high expectations. However, they were weaker than I had expected. But that made them even more cute and charming. It was the first time for BTS to appear on a variety show as a whole group, but they readily agreed to appear and were really fun. They were excited themselves since it was their first time. V and Jungkook did especially well.”

This special episode of “Running Man” will air on May 22 and 29. The 300th episode will involve diverse missions all related to the number “300.” See more behind-the-scenes photos here and here.

Meanwhile, catch up on the latest episode of “Running Man” below!

BTS
Running Man
How does this article make you feel?