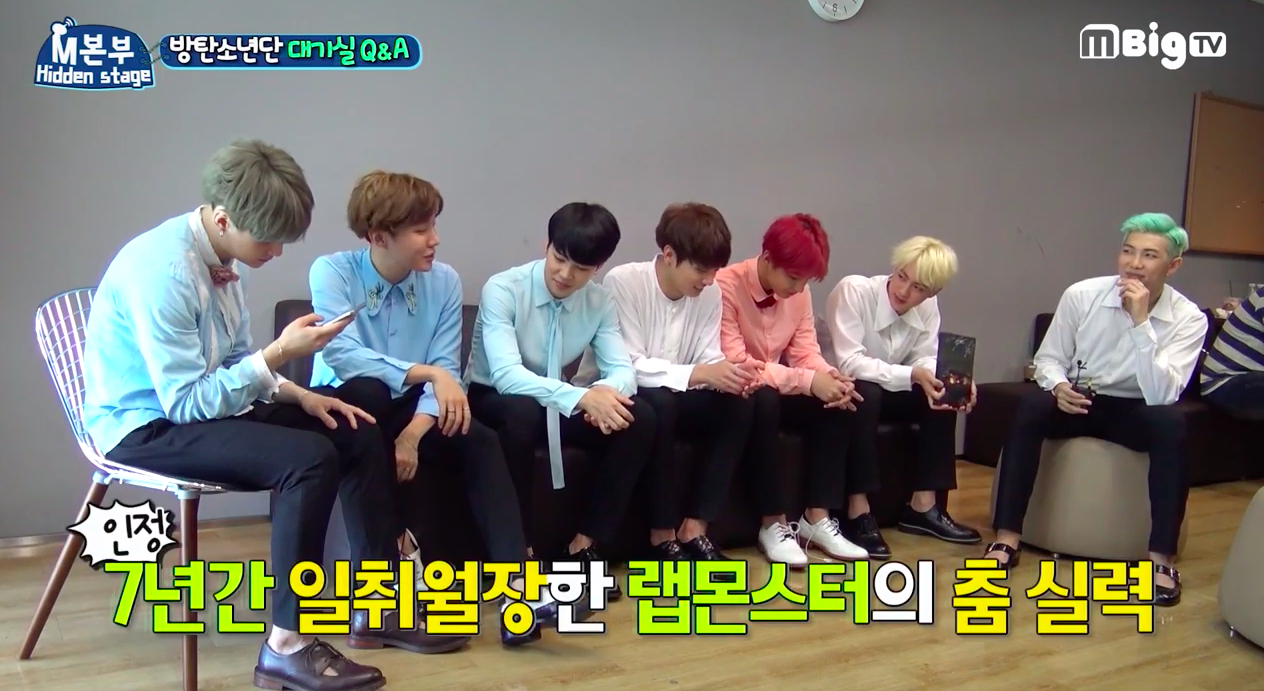 On May 19, MBC shared the first episode of a new show that gives fans a glimpse of some of their favorite groups and artists backstage at “Music Core”!

UP10TION, April, TWICE, Lovelyz, Stephanie, Tiffany, and BTS are all featured in the first episode of MBC’s “K-Pop Hidden Stage.” The guys of UP10TION are first up, and get super excited when they see the camera set up in a waiting room on the seventh floor. 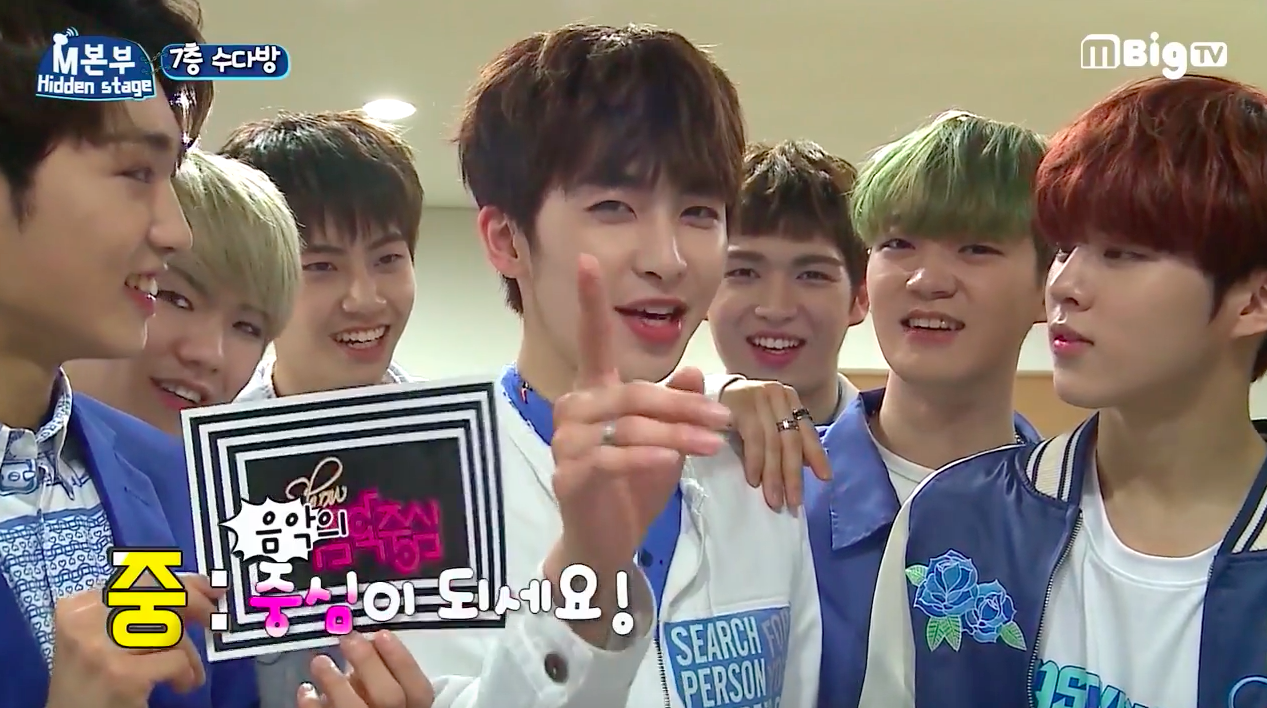 April and TWICE are all about the food that’s served at MBC, with TWICE’s Jihyo saying she loves how MBC lets them use cards to pay at the vending machines, and the other members clap and cheer in agreement. 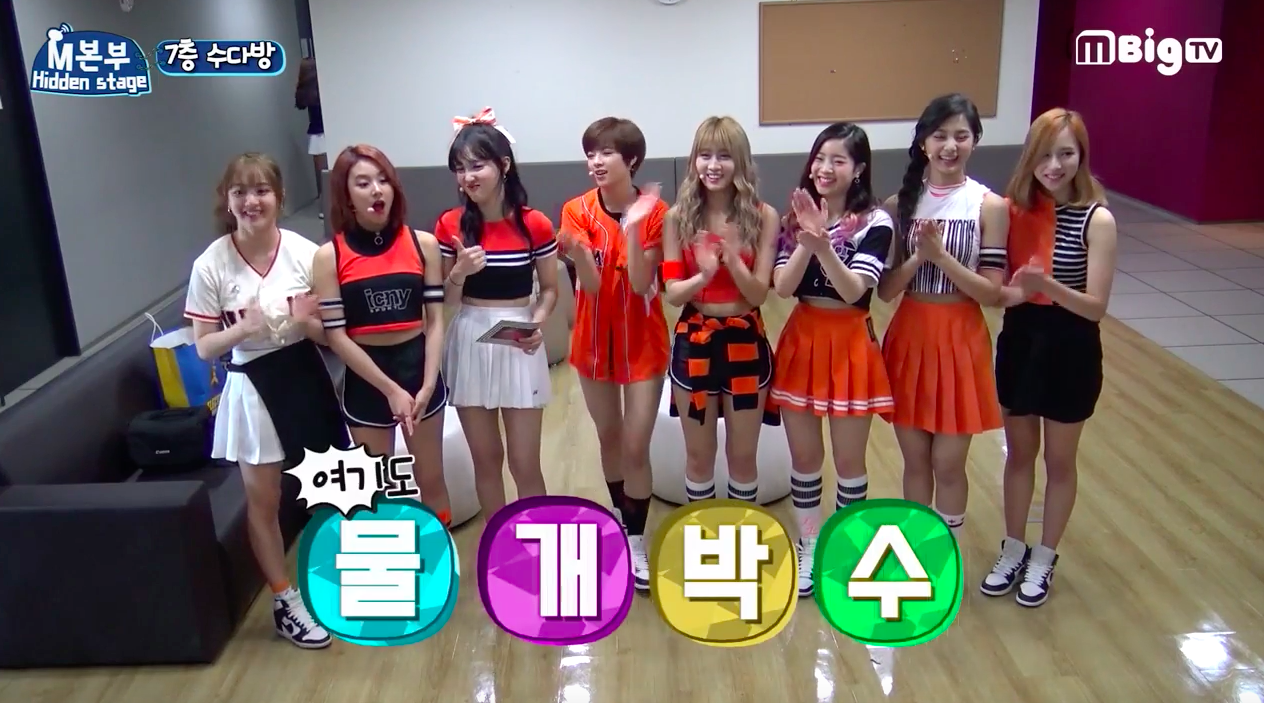 Lovelyz laughs as they admit that even if they’re having skin troubles, “Music Core” helps them to cover them up. Solo artist Stephanie jokes that she’s embarrassed to show her age but says she loves that the new MBC building has a lot more bathrooms than the old one, as well as places to rest that even have beds. 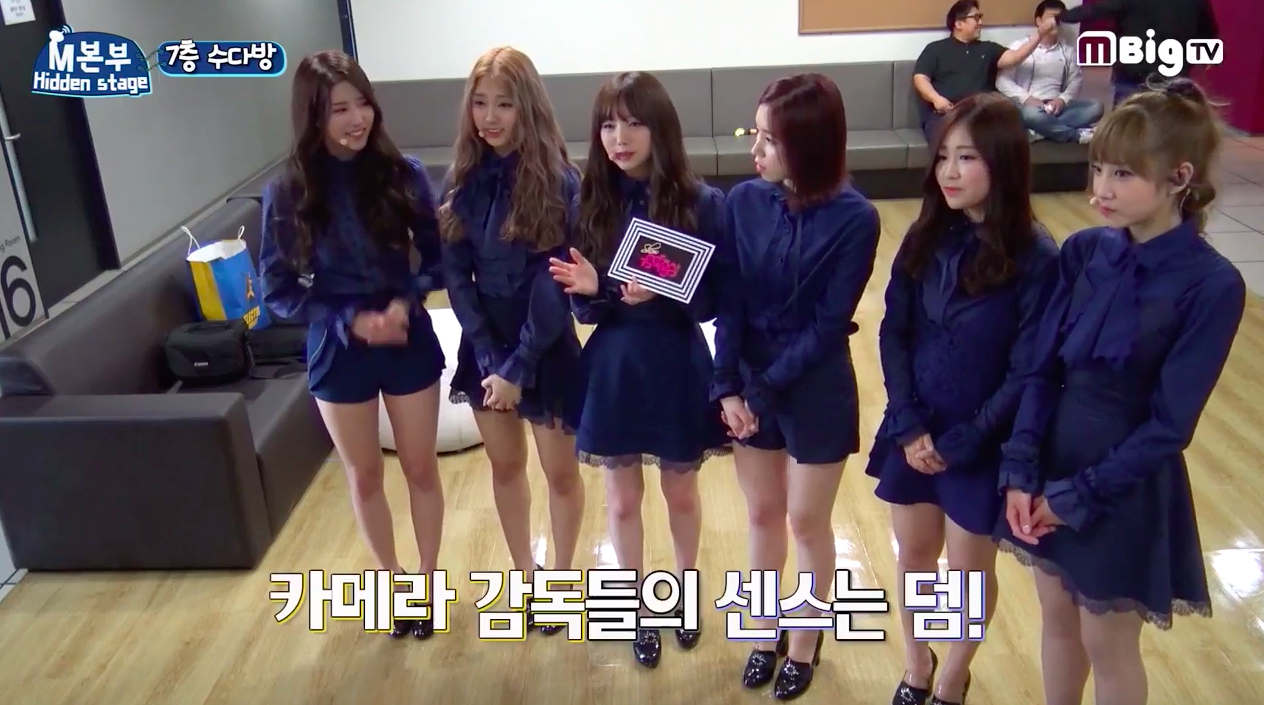 Girls’ Generation member Tiffany introduces herself as a solo artist and says “Music Core” is like a home to her, as she used to host the show. 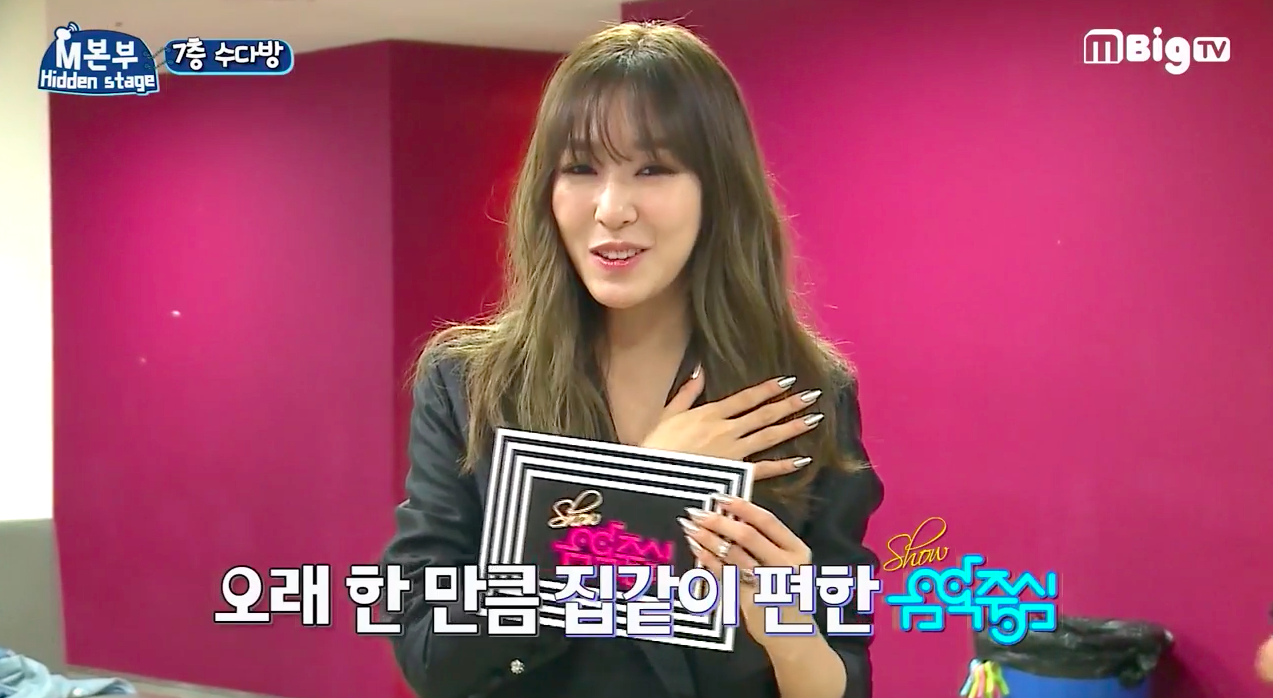 “K-Pop Hidden Stage” then visits BTS in their dressing room for an interview, which is led by none other than their leader Rap Monster, who reads off questions from fans.

When asked what the most difficult part of “Fire” has been, they all seem to agree that it’s the choreography, particularly in the bridge of the song.

The next question is for J-Hope, who is the dance leader in the group. He’s asked which member’s dancing skills have improved the most, and he answers without any hesitation, “Rap Monster!” 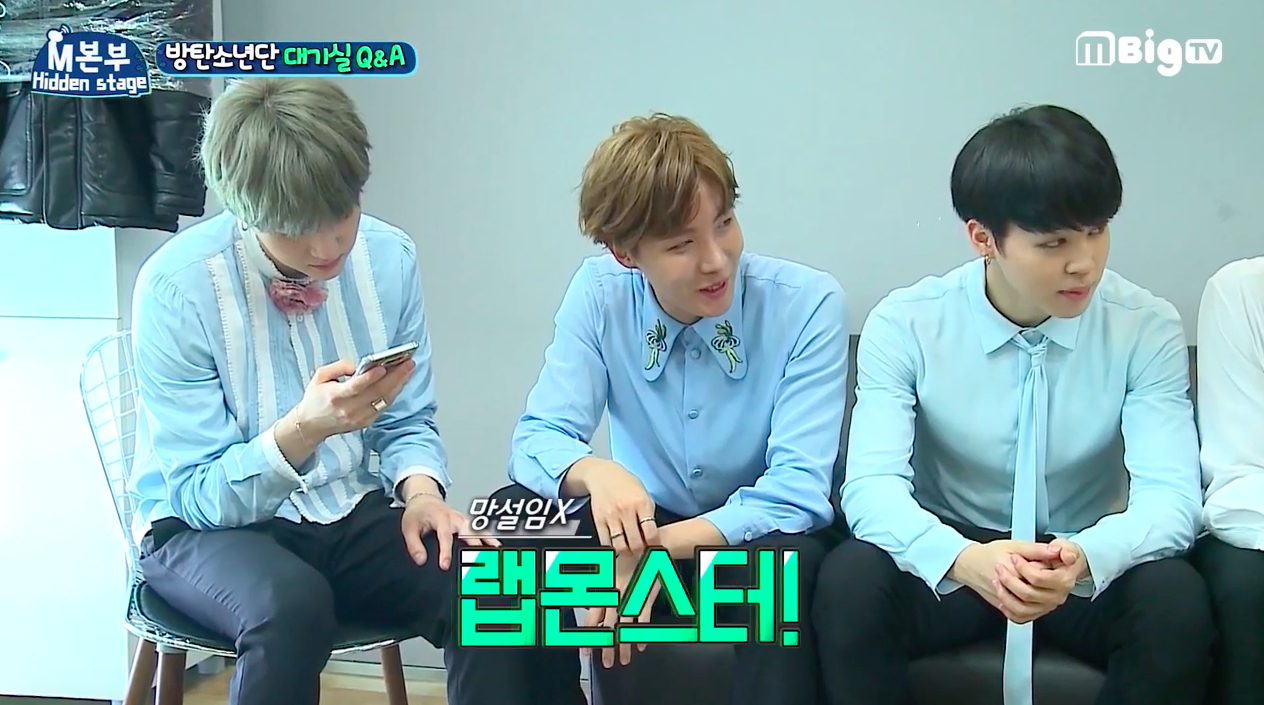 Rap Monster is thrilled by his answer, but the guys point out that Jin, who’s often called one of the worst dancers in the group along with Rap Monster, looks a bit jealous. 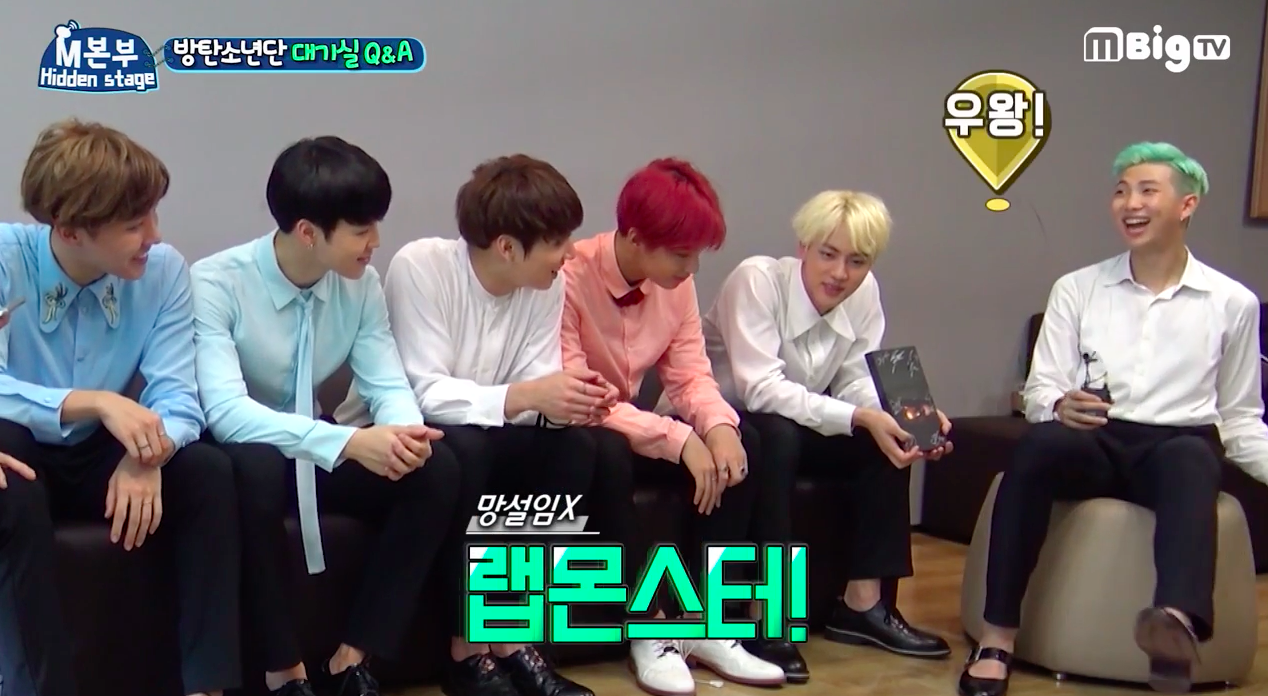 “I’m not jealous!” says Jin, and J-Hope adds that he’s been watching Rap Monster dance over the past seven years.

The members also talk about how great it is that they’ve now had two albums make it into Billboard’s Top 200 Album chart. Lastly, we get a glimpse of the guys filming their pre-broadcast footage for last week’s episode of “Music Core” when they were promoting their special album “Young Forever.”