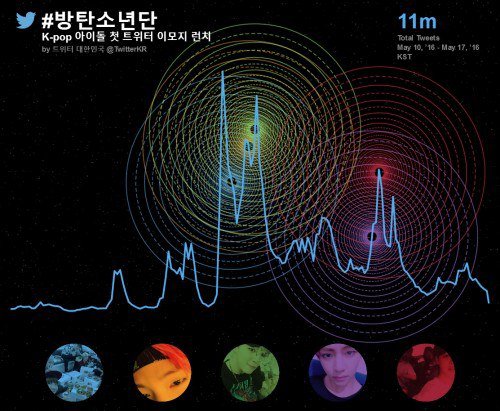 BTS’s new Twitter hashtag has recorded over 11 million uses in one week!

In 2015, BTS was awarded the “Golden Tweet” for having the most retweeted post in South Korea. Last week, the seven-member boy group was the first artist to receive their own Twitter emoji, which their fans quickly put to good use. The new emoji is likely a primary factor in the high number of hashtag uses, as well as the group’s one-week promotions for their album.

Meanwhile, BTS’s official Twitter account has more than 2.3 million followers. The group recently made a comeback with the special album “The Most Beautiful Moment In Life: Young Forever.”