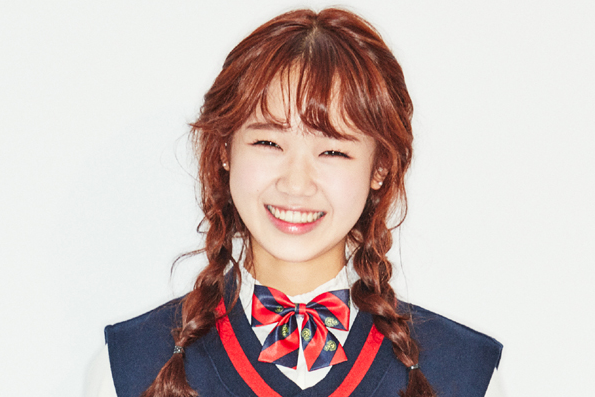 I.O.I’s Choi Yoojung has become the subject of criticism following her appearance on the May 19 episode of KBS2’s “Vitamin.”

On May 20, netizens uploaded screenshots of Choi Yoojung appearing on the show on online community sites. The post says “This super rookie’s behavior is poor vs It’s just because she’s tired; she showed good reactions in between.”

In the screenshots, Choi Yoojung can be seen sitting amongst the other panel members. She appears unable to focus and has her head bowed down at times while fiddling with her hands.

Some netizens have shown criticisms including “It looks like she didn’t focus well,” “If she did that throughout the episode then that’s not good,” and “It doesn’t look good since she’s still a rookie.”

Other netizens have defended Choi Yoojung and said, “I watched the whole episode and didn’t notice,” “This is nitpicking some short moments in the middle,” and “She can just be more careful next time.”

Her agency, Fantagio, stated, “She’s having a tough time due to her busy schedule. It is true that she is inexperienced. We will be more cautious next time. Choi Yoojung will work harder in the future.”

What are your thoughts on these criticisms?

Choi Yoojung
I.O.I
How does this article make you feel?