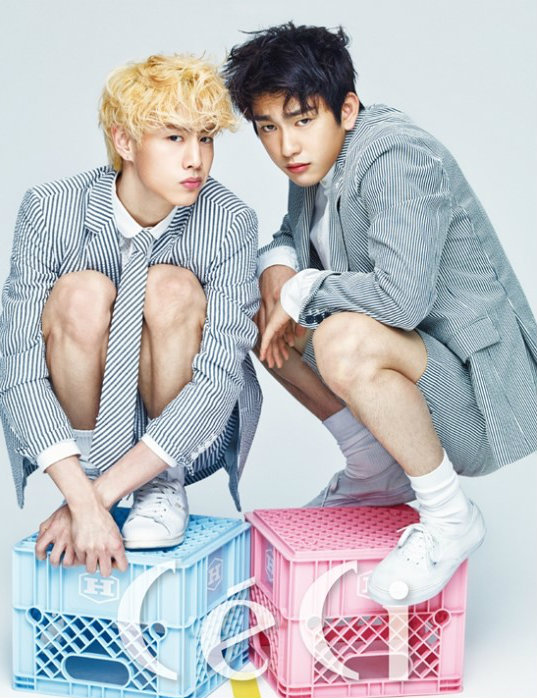 GOT7’s Mark and Junior show their fun and playful sides in a colorful, beach-themed pictorial with CeCi magazine.

During the interview, the pair reveals their thoughts on their latest album, “FLIGHT LOG: DEPARTURE.” Junior says, “It was a challenging process because we were trying to look for GOT7’s own unique color. The members contributed their opinions regarding the tracks, as well as the music video, the styling, and the whole concept, so I’m more attached to it.”

Meanwhile, appropriate to the photo shoot’s theme, Mark shares his memories of summer. “When I lived in America, our house was close to the beach. So, I would spend all day playing at the beach until my skin became really tan,” he recalls. Junior reminisces about his frequent night-fishing trips with his grandfather. “I’m not great at fishing,” he admits, “So I was bad at catching [anything].” 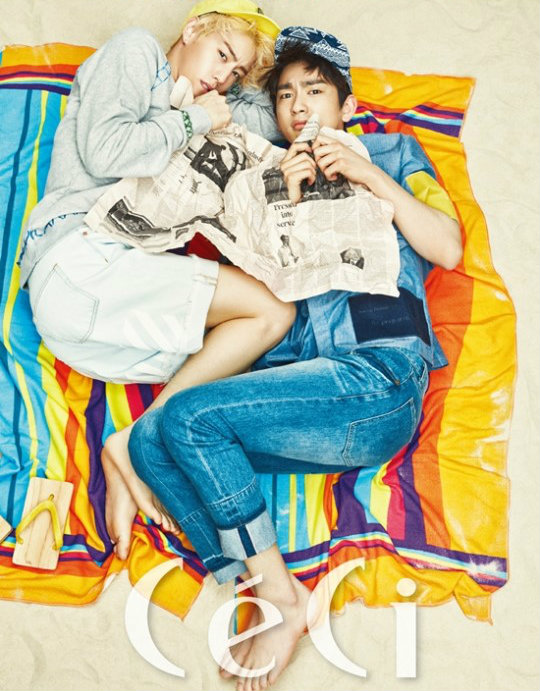 They also remember moments from their recent concert in Korea, where the pair actually performed a song together. Mark says, “It was a bright song, and it was fun to show the fans something we prepared a lot for.” Junior recalls a different performance, where the GOT7 members transformed into girl group members for their fans. He explains, “It was embarrassing, but because our fans liked it, it became a good memory.”

You can check out the full interview and pictorial in the June issue of CeCi magazine. You can also catch a glimpse behind-the-scenes of the shoot below:

GOT7
Junior
CeCi
Mark (GOT7)
How does this article make you feel?