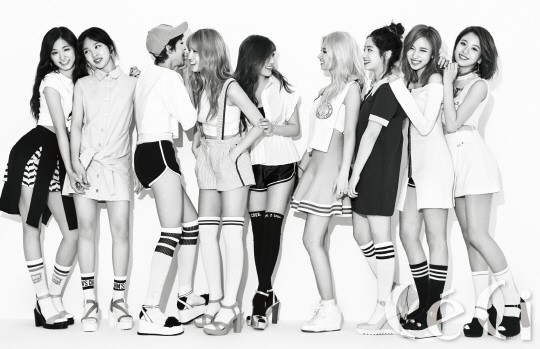 The photo shoot was titled “Cheer Girl” and features the girls in mostly sporty and outdoorsy gear. Interestingly, the whole photo shoot and the accompanying video are all in black-and-white. 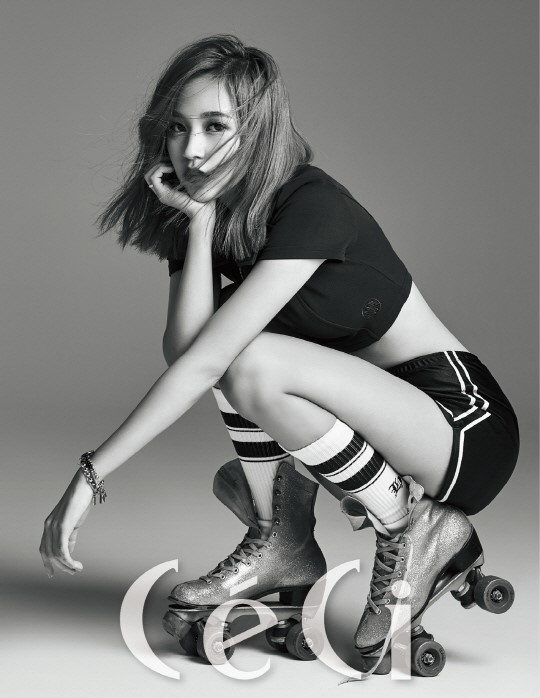 In the following interview, Nayeon shared, “It’s strange just to see our song in the music charts. The members all waited for the moment the song was released. When we saw it rise in the rankings, we screamed and went crazy. Jungyeon even cried.”

Dayeon added, “It was like a dream. And it’s thanks to our fans that we’re able to dream. We want to work harder to show good music and performances in the future.”

When asked what is the driving force for TWICE, maknae Chaeyoung said, “We do two showcases in a year. We prepare a lot so we can stand on stage. The moment I stand on stage, I know why I do all that work.”

Jungyeon and Momo added, “Since it’s a dream we had since we were young, we can’t give up so easily.” Dayeon shared that watching her sunbaes at JYP gave her the dream to stand on stage herself. 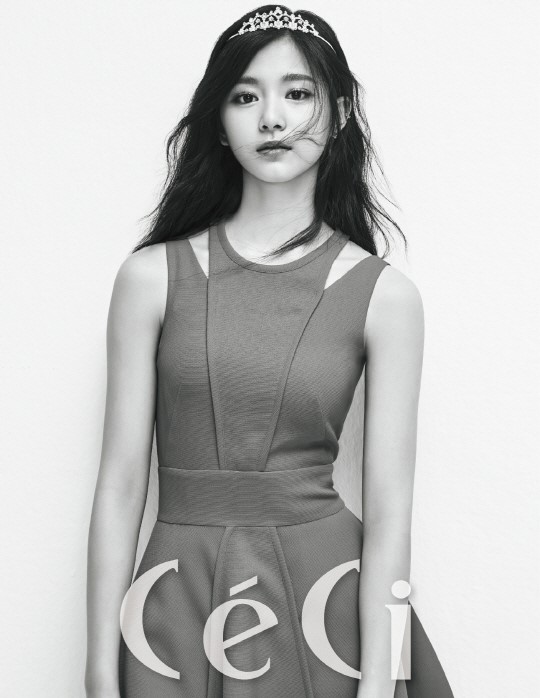 About their future plans, Mina said, “We just want to have the opportunity to stand on stage as much as possible.” Jihyo and Sana were more specific, wanting to hold their first solo concert soon, while Tzuyu said, “I want to volunteer with all the members.”

The rest of the pictorial and interview can be found in Céci’s June issue.