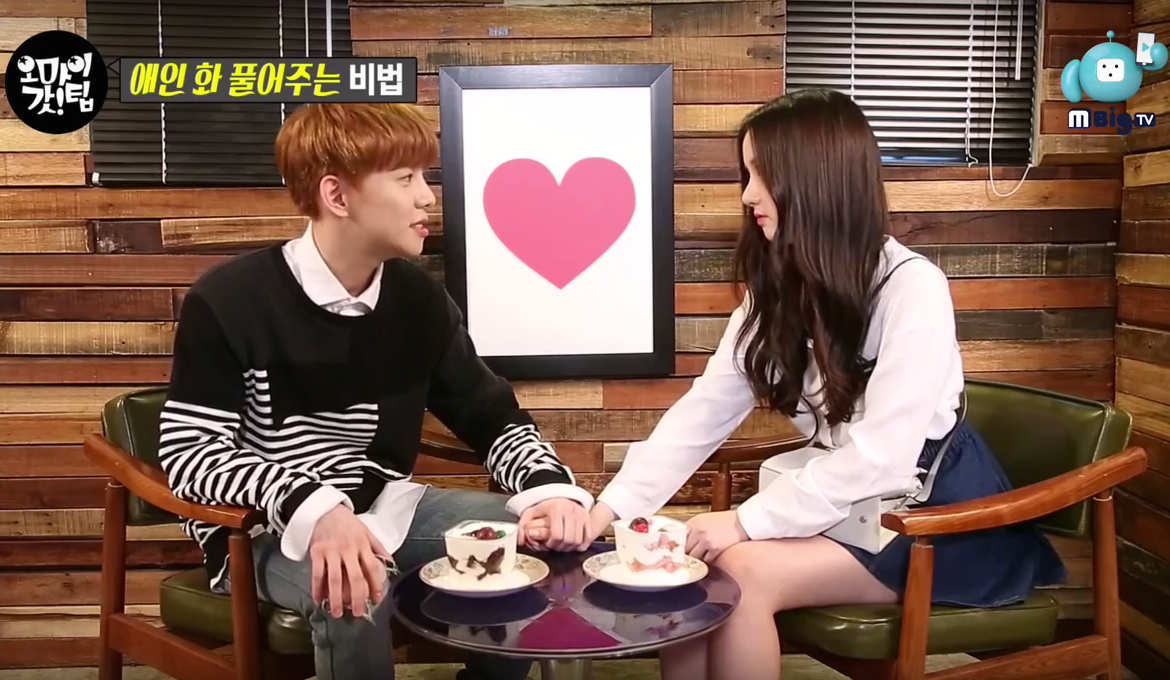 Watch: Block B’s Park Kyung And GFRIEND’s Eunha Show How To Make Up After Couple Fight

Ever made your girlfriend or boyfriend mad? Block B’s Park Kyung and GFRIEND’s Eunha will teach you how to make them forgive you.

On May 21, the two stars acted various scenarios out, while providing tips for overcoming a couple fight, on MBig TV’s “Oh My God! Tip.” They take turns “being mad” at each other, and try various methods from acting cute to giving gifts in order to lessen the other person’s anger.

Park Kyung and Eunha are the second “couple” to be featured on this web show, where common situations are acted out in order to give advice about what to do.

In the end, they also reveal what they personally would do to make their significant other feel better.

Watch their hilarious acting below! English subtitles are available.

How would you make up with your significant other after a fight?

GFRIEND
Block B
Eunha
Oh My God! Tip
Park Kyung
How does this article make you feel?