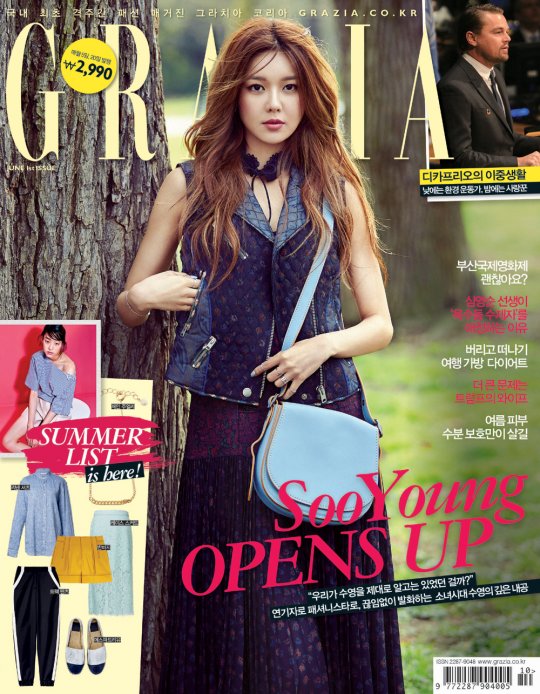 Girls’ Generation member Sooyoung is the cover girl for the latest edition of fashion magazine Grazia.

In the pictorial, which was shot in Milan, Italy, Sooyoung sports seamless hair extensions for a boho look that goes with her mixed print floral dress. 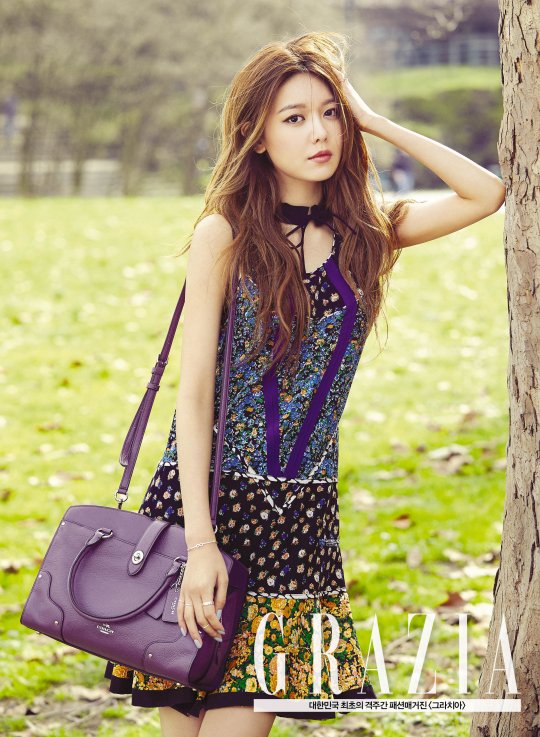 During the corresponding interview, Sooyoung opens up about her role as a tax assessor in upcoming OCN drama “38 Police Squad” (working title).

She describes her character as “extremely ethical, logical, and rational.”

“She’s young in age, a girl, and looks weak but says all she wants when dealing with people who are delinquent on high amounts of taxes,” Sooyoung continues. “But that doesn’t mean she’s a tomboy or stubborn character. She just does it because it’s her job.”

Sooyoung explains why she is looking forward to her new role, “The role appeals to me because she’s different from any character I’ve played thus far. She’s just the typical salarywoman that we see around us.” 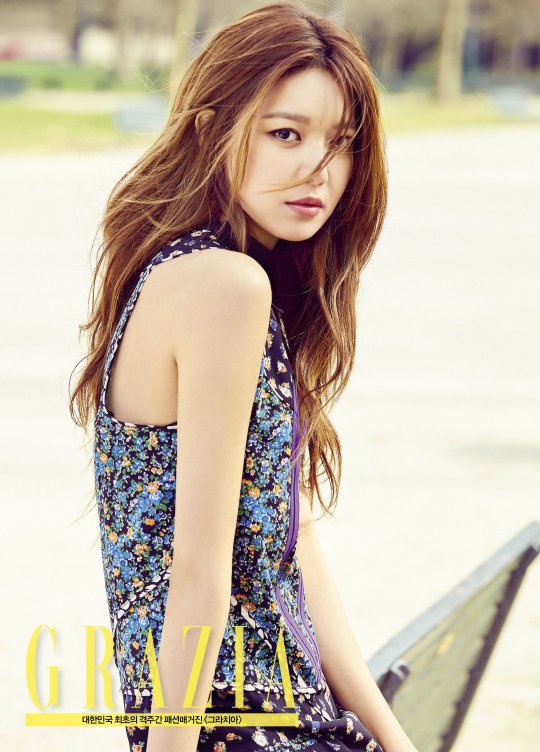 Sooyoung is starring opposite actor Seo In Guk in “Squad 38,” which is slated to premiere on June 18. You can catch a teaser for the drama here.

Are you looking forward to Sooyoung’s role in “Squad 38”?

Girls' Generation
Sooyoung
Grazia
How does this article make you feel?