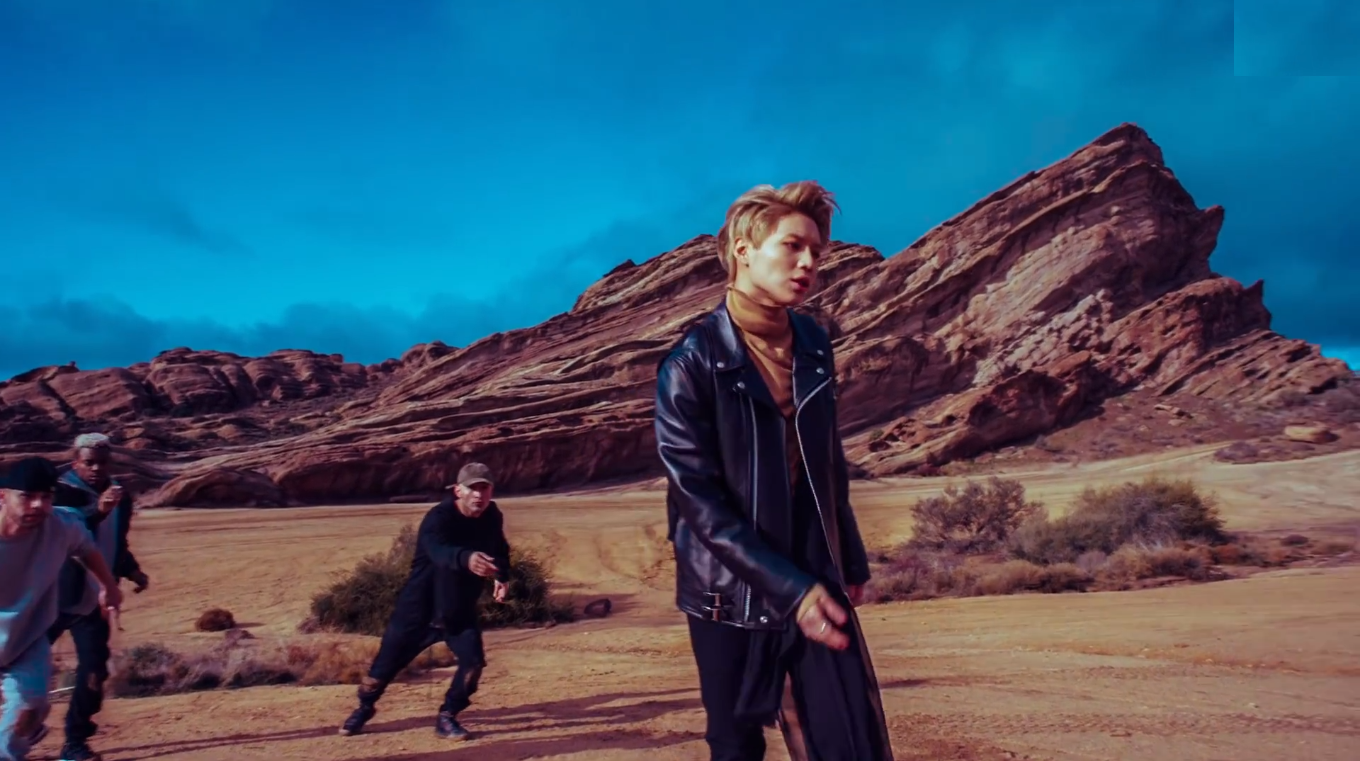 16 Atmospheric K-Pop Songs That Will Ease Your Soul

Ever want to take a break from all the super fast-paced K-pop songs and just listen to something a bit more dreamy and chill? We’ve got the perfect mix of songs for you. With eclectic tunes ranging from slow and mysterious to ambient and upbeat, here are fifteen K-pop songs (in no particular order) sure to lift your mood and fill your ears with addictive, psychedelic beats.

Marking their first comeback as a quartet, f(x) returned to the K-pop scene last fall with their chart-topping fourth album “4 Walls.” Their title track of the same name is an infectious, dreamy tune rooted in the group’s classic synthpop, and you can’t help but enjoy every second of the song’s breezy melody.

BTS’s “The Most Beautiful Moment in Life” trilogy may be coming to an end, but not without the addition of a few more remarkable new tracks. The buildup in “Save Me” starts off slow, but it gradually explodes into the high-tempo, lush dance track that we can only expect from BTS. Complete with the group’s signature fierce choreography, this track further substantiates why BTS has such a massive fandom.

It’s been nearly three years now since MBLAQ dropped “Smoky Girl,” but with the recent influx of deep house sounds in mainstream music, you can hardly tell. It still sounds fresh as ever, a clear indicator that this track was definitely before its time. The music video has the black light aesthetic to match the tune’s vibey feel, and the track fits just as easily into a chill midnight drive as it does over the speakers in a club.

K-pop legend BoA never ceases to amaze, and her unrivaled talent blossoms yet again in “Kiss My Lips.” The music video boasts the stunning visuals SM Entertainment is known for, coupled with choreography that gives burlesque feather fans a new life. Groovy and mellow, “Kiss My Lips” is another classic on BoA’s lengthy discography of hits.

Ladies’ Code returned earlier this year with “Myst3ry,” a three-track EP spearheaded by dreamy title song “Galaxy.” Not only does the album mark the group’s first comeback since the tragic loss of members RiSe and EunB in 2014, but it’s also a complete change in their sound.

“Galaxy” is mature and mesmerizing, the kind of song you can get lost in. Their EP is by far one of the most underrated ones to drop this year, so definitely check out the accompanying two tracks “Chaconne” and “My Flower.”

One of my personal favorites from Zico, “I Am You, You Are Me” is a smooth R&B track laced with Zico’s relaxed vocals. It’s very easy on the ears, and the aesthetically pleasing music video isn’t too harsh on the eyes, either. Zico has such a phenomenal talent as an artist and a producer, and this single showcases yet another layer from the versatile musician.

I was definitely more of a “Press Your Number” person when Taemin first dropped his solo album in February, but “Drip Drop” is finally growing on me. Taemin’s prowess as an artist is already impeccable, and the electrifying sound in “Drip Drop” further highlights his talent.

“Calling in Love” is the second collab between indie R&B singer Suran and rapper Beenzino, who formerly united on Primary-produced track “Mannequin.” Suran’s vocal color is extremely unique, and it matches so well with Beenzino’s rap that it really makes you wish the two would link together for a duo album.

“Calling in Love” is eclectic and fresh — perfect for any chill afternoon jam sessions.

More Korean hip hop than pop, Hanhae’s “I Used To” is a beautiful mesh of lyrical storytelling and vibrant, electronic beats. It’s the kind of song you blast from your car’s speakers on the highway just as the sun sets, and the vibey sound is so feel-good you can’t help but jig along to it.

Can we just take a moment to praise Jonghyun’s album? Please? Like many of the artists featured here, Jonghyun’s entire album could easily take up the list, too. “She Is” is full of euphoric tunes like “White T-Shirt” and its title track of the same name.

My personal favorite is the slow and enchanting “Moon,” which you could definitely jam at night after you blast the catchy hit “White T-Shirt.”

The “grown-and-sophisticated-lady” look is one of my personal favorite concepts that isn’t done often in the K-pop scene. But when it is done, it’s done remarkably well. Red Velvet is no exception. Both “Automatic” and “Be Natural” have mature, sensuous sounds that stand out among the highly bright and upbeat singles they’ve previously released.

This song might’ve gone unnoticed during miss A’s “Colors” promotions last year, especially with the group mainly performing title track “Only You” and follow-up “Love Song” live on music shows. Make no mistake, though: “Melting” is a B-side miss A track that deserves all of your attention. The song is an excellent blend of up-tempo eclectic beats and smooth vocals. If it isn’t already on your playlist, you’ll definitely wish it was the moment you hear it.

This list just wouldn’t be complete without at least one SHINee song, right? While the group has dozens of euphoric tunes to choose from, “View” is one that is just far too addictive not to keep on constant replay. It has that nice sound that makes it a perfect soundtrack for a workout, but it also works just as well as a chill background to an afternoon swim in the pool.

“10 Seconds” is such an alluring new track from AOA and it’s nice to see the single promoted along with their latest comeback track “Good Luck.” It has a very mature, very sensual 80’s sound to it — something you wouldn’t necessarily expect from them — and it complements their voices well.

This song definitely took a while to grow on me personally, but once it did, it stayed on my mind all day. “Fly” shows GOT7 experimenting with a newer direction in their sound, and it’s the kind of song with so many captivating layers that it’s almost crucial to play it with surround speakers and let the dreamy, cheery beat take you away.

The entire “Reboot” album is full of atmospheric masterpieces. It wouldn’t be a stretch to say that each track from it fits on this list. But for the sake of variety, we’ll stick to just the album’s lead single for now. Wonder Girls made a powerful comeback when they dropped 80s-inspired “I Feel You” last summer.

The lead track, much like the accompanying songs on the album, is reminiscent of the synthpop that makes 80s music so iconic. And let’s not forget how flawlessly the girls pulled off the revamped band concept, either.

What are your favorite atmospheric K-pop songs? Let us know in the comments below!