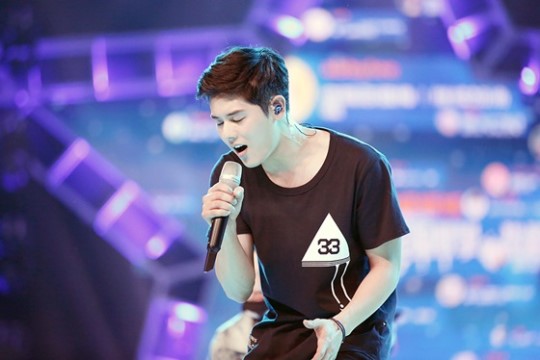 ZE:A member Dongjun is turning heads with a recent cover of Super Junior’s song “U”!

On May 21, Dongjun’s agency Star Empire confirmed that he would be moving on to the next round on China’s singing competition show, CCTV3’s “Avenue of Stars: Super Edition.”

For his performance on May 20, Dongjun sang a rock version of Super Junior’s 2006 hit “U.” Star Empire stated, “Dongjun effortlessly captivated the audience with his fierce choreography and unshaking, powerful live.”

Dongjun is the only Korean participant out of eight contestants, and yet he received a huge response from the audience. After his performance, Dongjun said, “I’m very grateful to have made fifth place. I’ll prepare to work as hard as I did to get to the next round to make first place next time.”

A representative from CCTV praised Dongjun on his performance, stating, “From his good looks to his skill, we’ve discovered a diamond in the rough. He has shown his potential for positive development in the Chinese market.”

Check out Dongjun’s powerful performance below!

Avenue of Stars: Super Edition
Dongjun
ZE:A
How does this article make you feel?