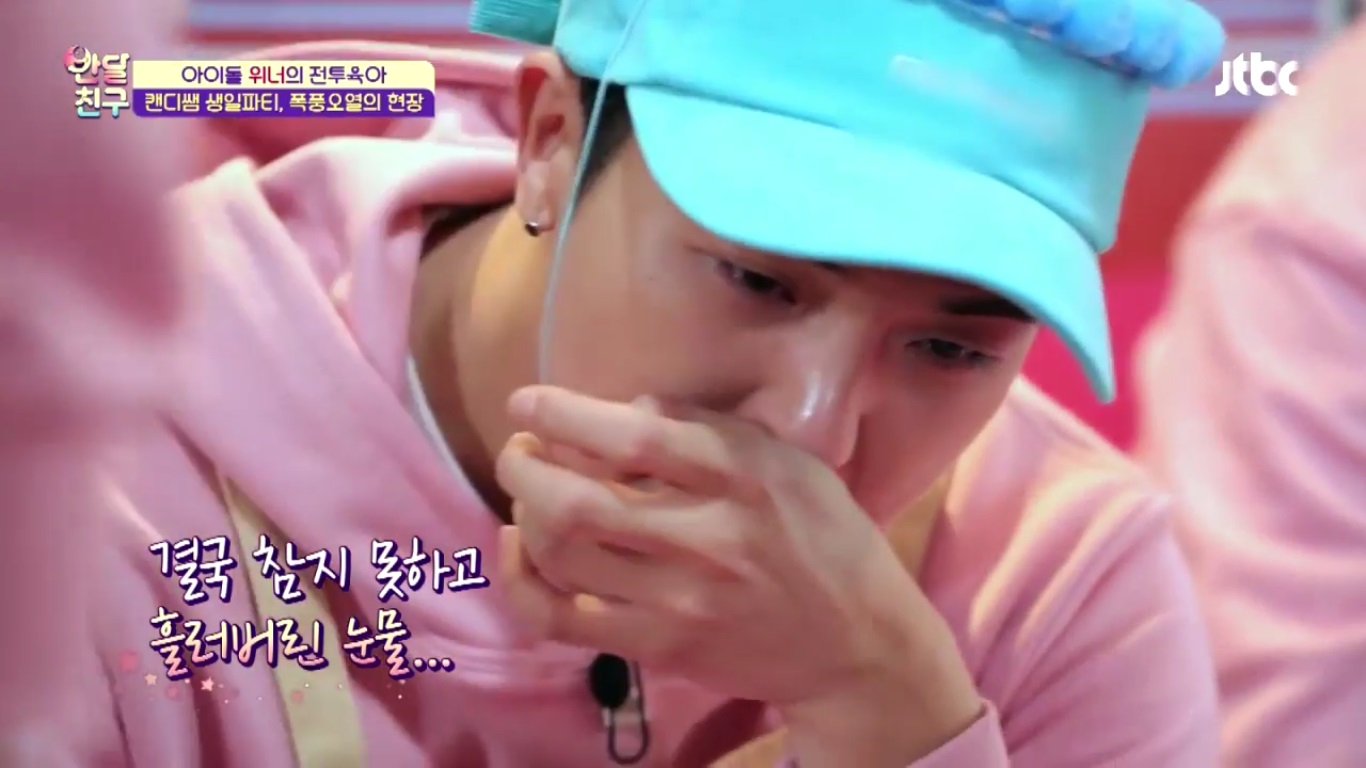 Rapper Song Mino sheds tears at a surprise birthday party thrown for him by his fellow WINNER members and the children on JTBC’s “Half-Moon Friends.”

On the show’s May 21 episode, the rapper, fondly referred to as “Candy Teacher” by the kids, is treated to presents, a performance of H.O.T’s “Candy,” and a traditional birthday seaweed soup the WINNER members tried cooking for the first time.

A wide smile spreads across his face when he obliviously enters the room and is greeted by the “Candy” performance. 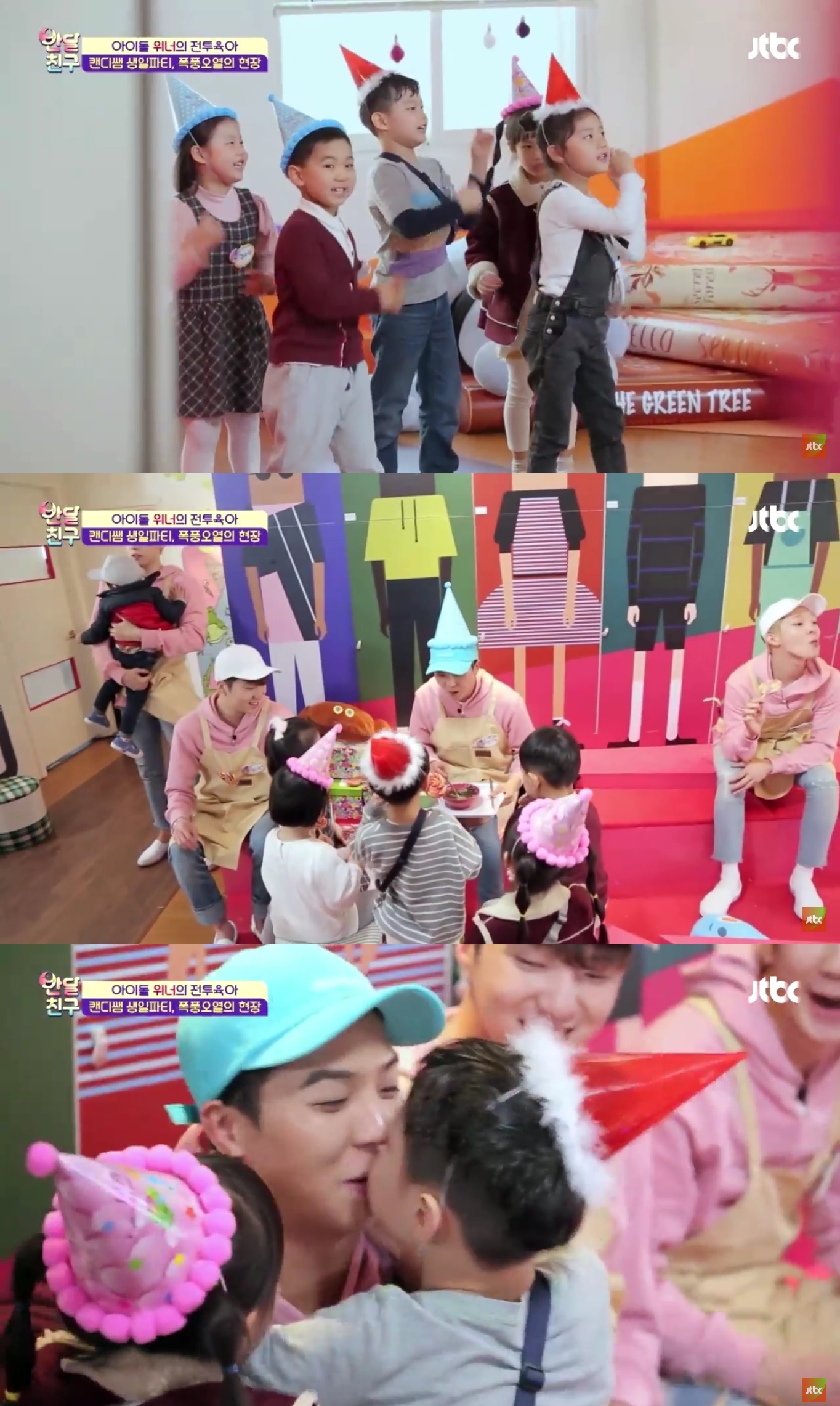 At one point, Lee Seung Hoon yells, “Who wants to give Candy Teacher a kiss?” at which the kids run toward Song Mino without hesitation, and little Ji Woo adorably surprises him when he kisses him on the lips.

The kids then give him letters they wrote for him, and he is unable to stop his tears from falling after reading through them.

Watch the touching scene below!

WINNER
Song Mino
Half-Moon Friends
How does this article make you feel?