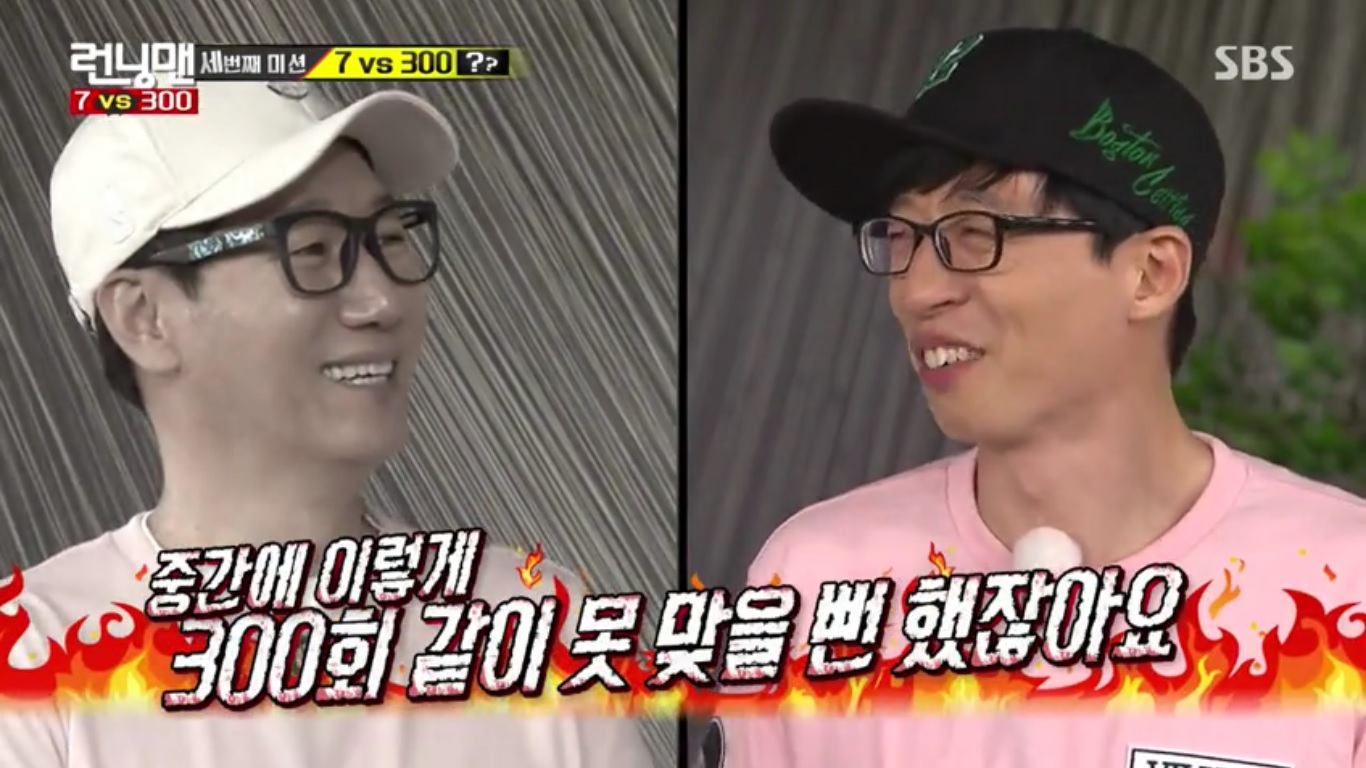 During the broadcast, Yoo Jae Suk tells Ji Suk Jin, “You’ve been through a lot these past 300 episodes.” When Ji Suk Jin asks why, Yoo Jae Suk reveals, “Weren’t you almost unable to stay until 300 episodes?” at which the other members laugh knowingly.

Ji Suk Jin complains, “Are you really revealing to the whole world what I talked about privately with the PD back then?”

Gary joins Yoo Jae Suk in poking fun at him and comments that Ji Suk Jin had said around the 42nd episode that he intended to leave the show.

Yoo Jae Suk reveals further, “It wasn’t even the 42nd episode! He said it around the 20th episode.”

Ji Suk Jin recalls, “It was really difficult at that time. I would call Yoo Jae Suk after every episode and talk to him about quitting.”

Yoo Jae Suk makes everyone laugh when he quips, “I shouldn’t have gotten myself so involved.”

Watch the rest of their funny exchanges on the 300th episode special below!