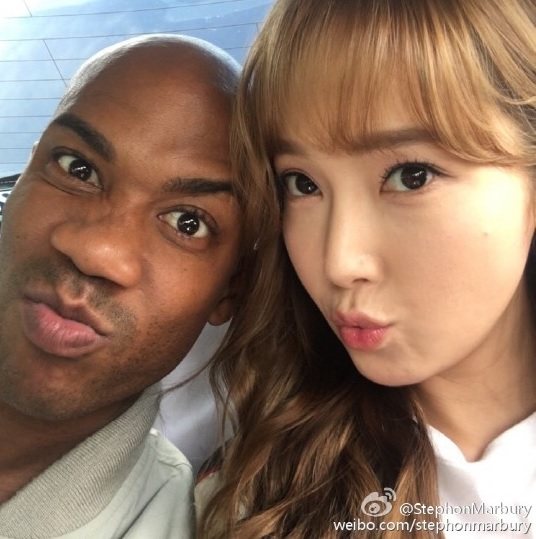 Singer Jessica and former NBA star Stephon Marbury have shown off their friendship!

Stephon Marbury has published two photos of him and Jessica posing snugly together on his Weibo account with the caption, “Movie time.”

In one photo, the two celebrities flaunt their close friendship as they look straight into the camera with their lips puckered. 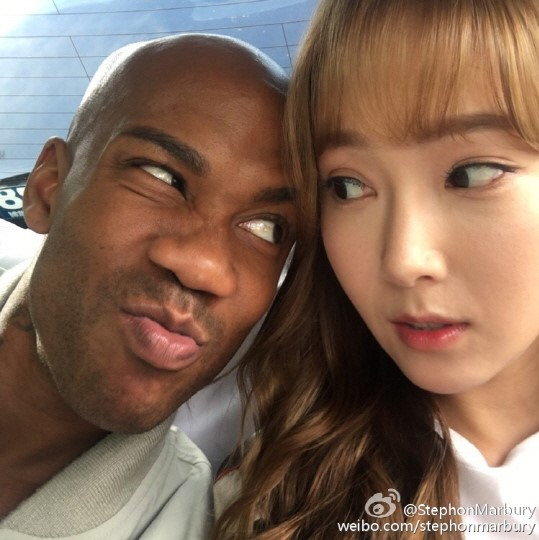 After Jessica appeared in the film, she and Stephon Marbury walked the red carpet together for the Sixth Beijing International Film Festival.

Stephon Marbury was an NBA star who played with the New York Knicks and the Boston Celtics, among others. In 2010, he moved to China and was crowned Finals MVP on his third CBA championship in 2015.

Meanwhile, Jessica is a former member of Girls’ Generation, turned fashion designer and businesswoman, who is currently flying back and forth from Korea and China for her promotional activities. She recently dropped her first solo album “With Love, J.”

Support the artist by buying Jessica – With Love, J from YesAsia
Stephon Marbury
Jessica
How does this article make you feel?