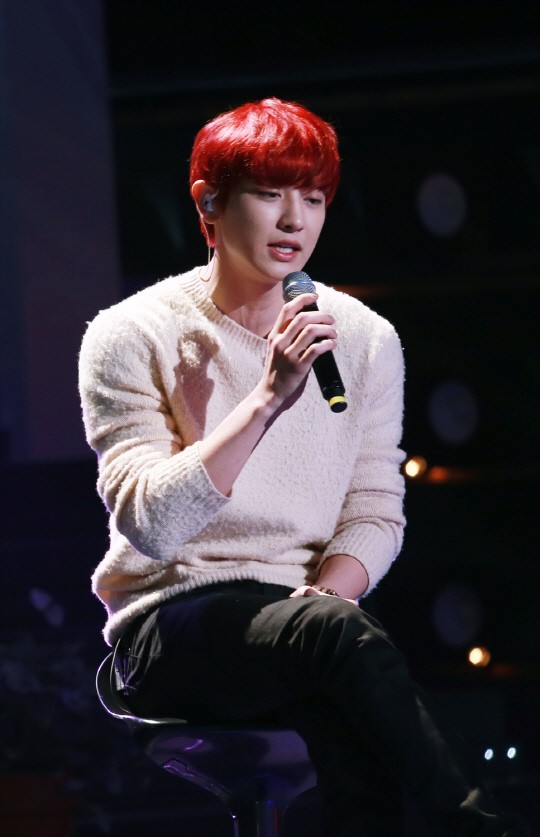 EXO’s Chanyeol will be giving an extremely rare taste of his singing skills on this week’s episode of JTBC’s “Sugar Man.”

The rapper is expected to sing a duet with his groupmate Chen, marking his first time ever to sing on television.

Producer team Black Eyed Pilseung, who created the EXO members’ track for the show, had only positive things to say about Chanyeol and Chen’s singing during the recent filming. “Their tones are excellent. Chen’s soft and sweet voice creates a beautiful harmony with Chanyeol’s manly voice.”

According to the producer of “Sugar Man,” Black Eyed Pilseung were thoroughly impressed by Chanyeol’s hidden talent and got goosebumps after hearing the rapper sing in the recording booth.

Despite being in opposing teams, host Yoo Hee Yeol immediately praised Chen and Chanyeol after their successful performance during the show, saying, “Your singing skills are impressive.”

“Officially, this was my first time to sing. I’ve never been that nervous in my life,” Chanyeol revealed, candidly sharing how nervous he felt about breaking out of his comfort zone.

EXO
Sugar Man
Chanyeol
How does this article make you feel?