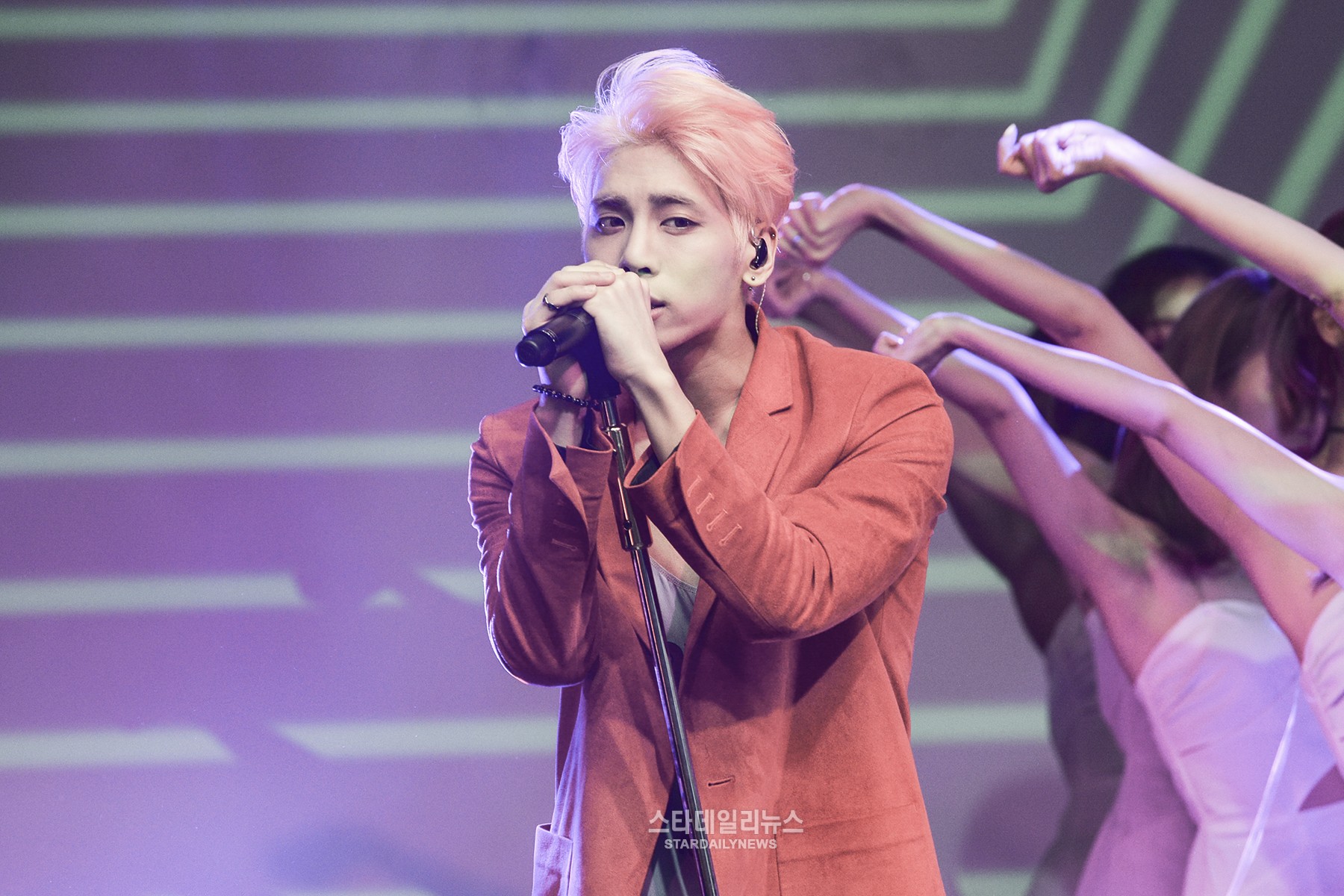 On May 23 at 3 p.m. KST, SHINee’s Jonghyun held a comeback showcase for his new album “She Is” which was released at midnight on May 24.

As well as giving performances of two tracks from the album, “White T-Shirt” and the title track “She Is,” Jonghyun also shares his thoughts on composing music. He mentions an artist he would like to work with, saying, “I want to try producing something with DEAN. He’s quite a hot artist, no? Actually, we were going to produce something for this album, but we couldn’t find the right time and so in the end, we couldn’t work together.”

But don’t give up hope for a DEAN and Jonghyun collaboration just yet! “Later, if we have the chance we will definitely work together, so I want to create something interesting,” he adds.

He also discusses which artists he would like to write tracks for, highlighting his SM Entertainment juniors, Red Velvet and NCT. “I have a lot of ideas about dance tracks I want to try,” he says. “I have tracks I’ve written with Red Velvet and NCT in mind on my computer. If the chance arises, I want to produce them.”

“She Is” is Jonghyun’s first full-length album, following his debut solo mini-album “Base” and self-composed mini-album “Story Op. 1,” both released in 2015.

Support the artist by buying Jonghyun (SHINee) - She Is from YesAsia
SHINee
Star Daily News
Jonghyun
How does this article make you feel?