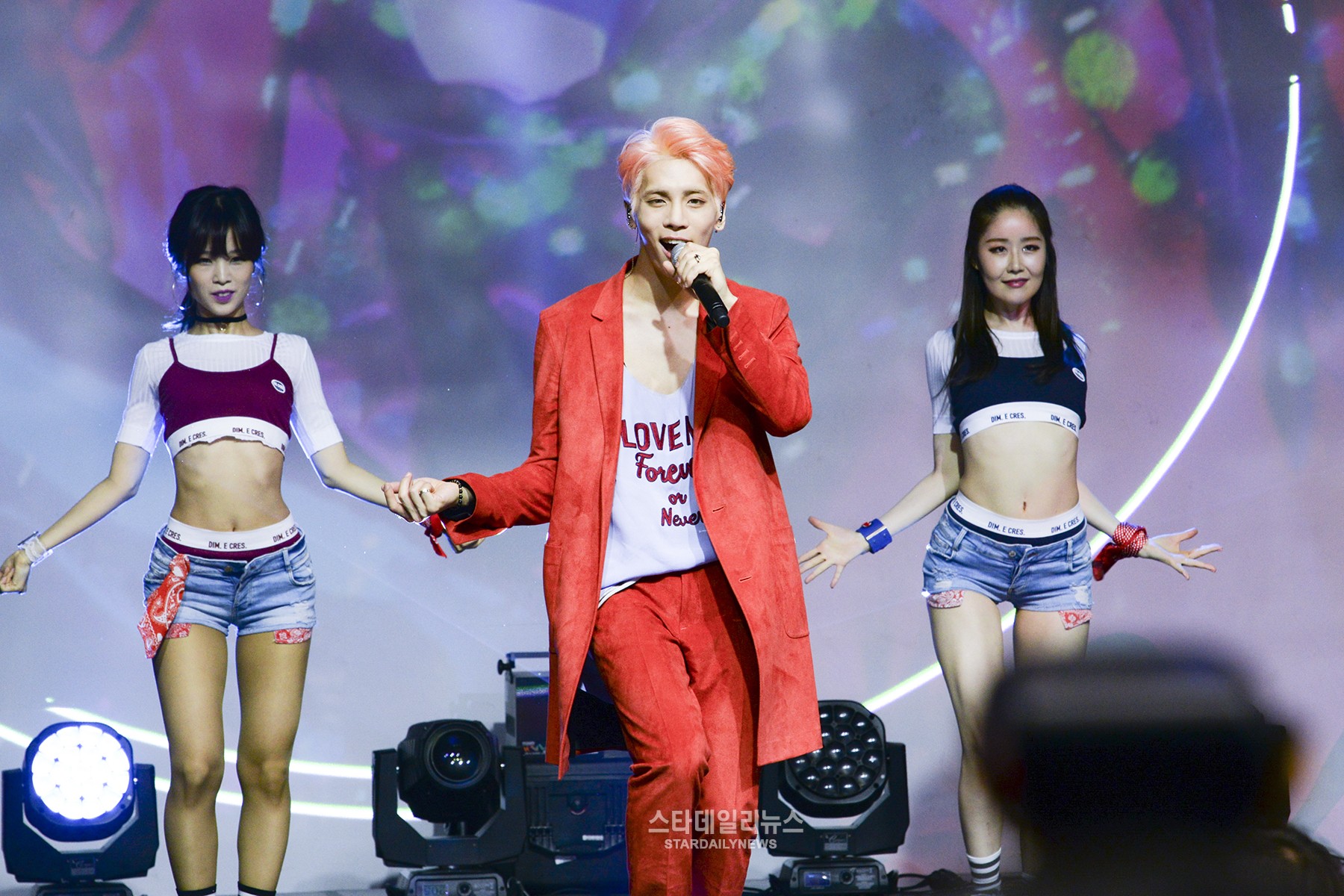 On May 23, SHINee’s Jonghyun held a showcase for his new album, “She Is.”

During the interview portion of the showcase, Jonghyun discusses the difficulties he experienced while preparing for his new performances. He says, “Even when I was practicing, I missed the members and really thought of them a lot,” revealing their close bond. “During the preparation period, I felt how much the other members conceal my weak points due to their hard work.”

Fellow member and MC of the event, Minho, mischievously asks, “Who’s your favorite among the SHINee members?” Jonghyun pauses for a moment before answering, “It’s Minho,” with a laugh.

At the showcase he also revealed who he wanted to collaborate with.

“She Is” is Jonghyun’s first full-length solo album, and was released today, May 24, at midnight KST.

SHINee
Star Daily News
Jonghyun
Minho
How does this article make you feel?