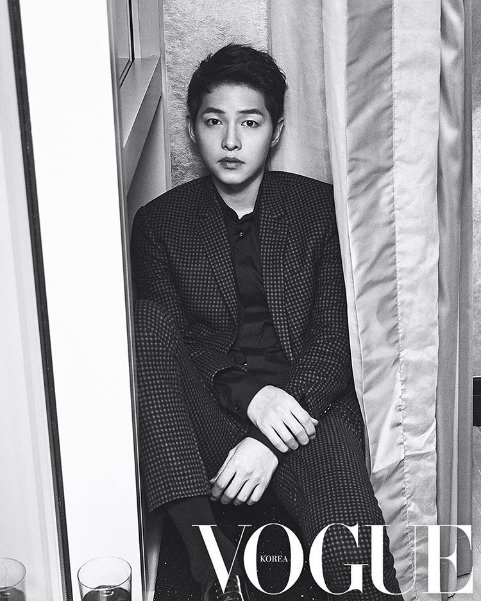 Actor Song Joong Ki beams with passion for acting in an interview with Vogue Korea.

On May 23, the fashion magazine posted a cut from their photoshoot with Song Joong Ki on their Instagram.

The actor can be seen looking chic and dashing in the black-and-white photo, exuding charisma just by gazing at the camera.

Song Joong Ki tells Vogue Korea, “I hit 30 while I was in the military. Looking back, my 20s were spent acting, so when I entered my 30s, I became really hungry for it.”

He stresses just how much he missed his job and says, “I can’t tell you how much I wanted to act then. I still feel that way now. I’m not tired, and I don’t even want to take a break. I’ve rested from acting enough when I was in the military.”