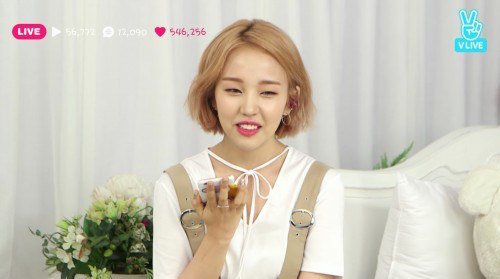 During Baek Ah Yeon’s V App live broadcast on May 23, 2PM’s Jun.K personally visits the set with chicken to celebrate his label hoobae’s comeback. Jun.K reveals they got close after Baek Ah Yeon covered one of his songs. He also praises Baek Ah Yeon’s pure voice and sincerely wishes her a successful comeback. 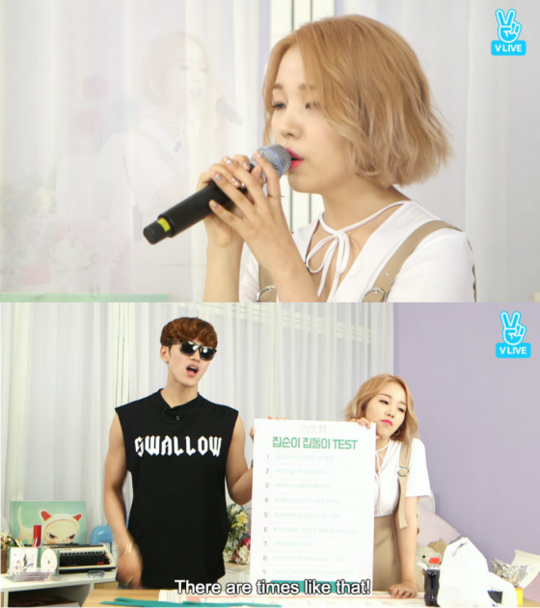 Tiffany also calls in during the broadcast to support Baek Ah Yeon. “Congratulations. Like your song from last year was a huge hit, I hope that this one is a huge hit too,” Tiffany says.

“When did you become so pretty and mature?” she continues. “I was watching the music video and was shocked at just how much you have matured.”

“I am currently outside, and the song just goes so well with the time of day and weather right now,” Tiffany adds.

Baek Ah Yeon made a comeback after a year with “So So,” a song that she penned herself, on May 24 at midnight KST. You can catch the music video here.