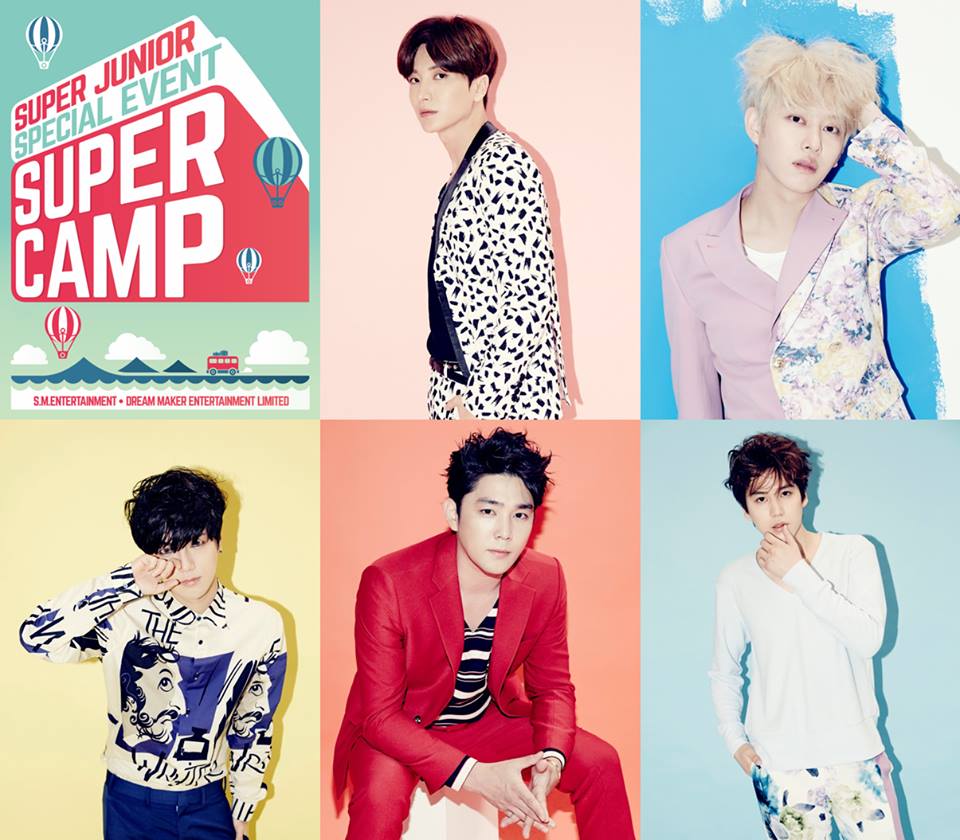 Super Junior Is Bringing Their Fan Meeting “SUPER CAMP” To The United States, Mexico, And Chile

Super Junior fans, rejoice! The group will be bringing their “Super Camp” fan meeting tour to the West!

“Super Camp” was originally held as the 10th anniversary fan meeting in Seoul last September. The group then took the fan meeting on the road, hitting stops in Japan, Taiwan, China, and Thailand. Now they will be heading to Mexico, Chile, and the United States. Unfortunately, due to military service obligations, only Leeteuk, Heechul, Kangin, Yesung, and Kyuhyun will be in attendance.

Super Junior will be hitting up Los Angeles on July 1, Monterrey on July 3, Mexico City on July 5, Santiago on July 7, and New York City on July 9. The Los Angeles and New York stops are especially meaningful for U.S. fans, as the event marks the first time the group has ever held a solo event in the country. Super Junior has previously held Super Show concerts both in Mexico and Chile.

Are you looking forward to seeing Super Junior in the West this summer?

Super Junior
SUPER CAMP
How does this article make you feel?