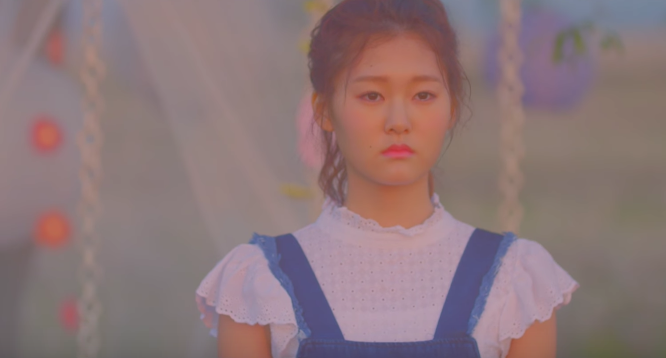 Her fifth single, “Jungle Gym” was released on May 24 via all major music sites. Shin Ji Hoon, who wrote and composed the song herself, describes the song as, “A song about my hometown as I imagine it.”

“I hope that the people listening to this song can for a moment reminisce on their own hometown as if they are looking at a photograph,” Shin Ji Hoon continues.

Also released on May 24, the visually captivating music video for “Jungle Gym” uses Lewis Carroll’s novel “Alice in Wonderland” as a motif.

This is Shin Ji Hoon’s first official release since parting ways with Cube Entertainment and signing with Star Line Entertainment.

Check out the music video for “Jungle Gym” below, and share with us your thoughts! Are you excited for Ji Hoon Shin’s comeback?

Shin Ji Hoon
How does this article make you feel?