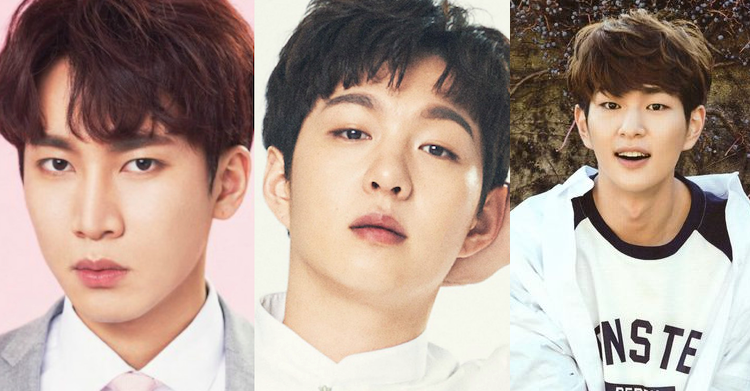 BTOB’s Eunkwang and Changsub took over for Super Junior’s Kangin as special DJs on the radio program “Super Junior’s Kiss The Radio,” and SHINee’s Onew is next up to host tomorrow!

Kangin was set to host the program as a special DJ from May 24 until May 26 as a temporary replacement for Super Junior’s Leeteuk. However, due to being investigated for a DUI accident which took place in the early hours of May 24, his appearance has been canceled.

The radio show’s official Twitter account posted a picture of Eunkwang and Changsub at the station. The caption reads, “Special DJ beagle-dols #BTOB #Eunkwang #Changsub already arrived so we’re in the middle of a script readthrough~ Overflowing with beagle-like appeal…”

On May 25, they announced that SHINee’s Onew will be taking over to host the show on that evening.