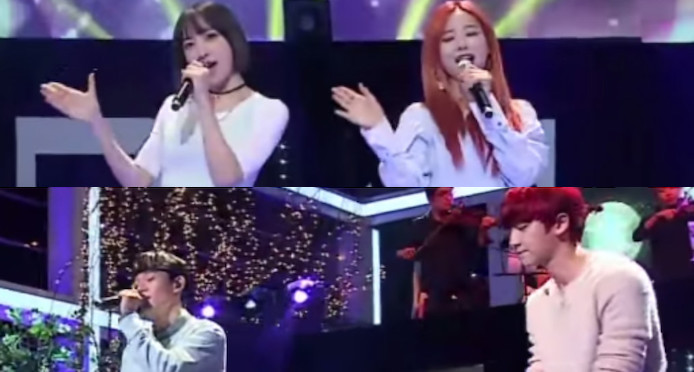 Watch: EXO and EXID Members Face Off With Impressive Performances On “Sugar Man”

On the May 24 episode of JTBC’s “Sugar Man,” EXO’s Chen and Chanyeol go up against EXID’s Hani and Solji!

EXO’s Chen and Chanyeol show off their vocals through an acoustic ballad version of Do Won Kyung’s “If I Love You Again” for Yoo Jae Suk‘s team.

In the end, EXO’s emotional performance wins over the audience and they claim victory for their team. Their cover of the song has gone on to debut in the top 10 of various music streaming charts. Congratulations to the pair!

You can also watch the rehearsal versions of both performances below!