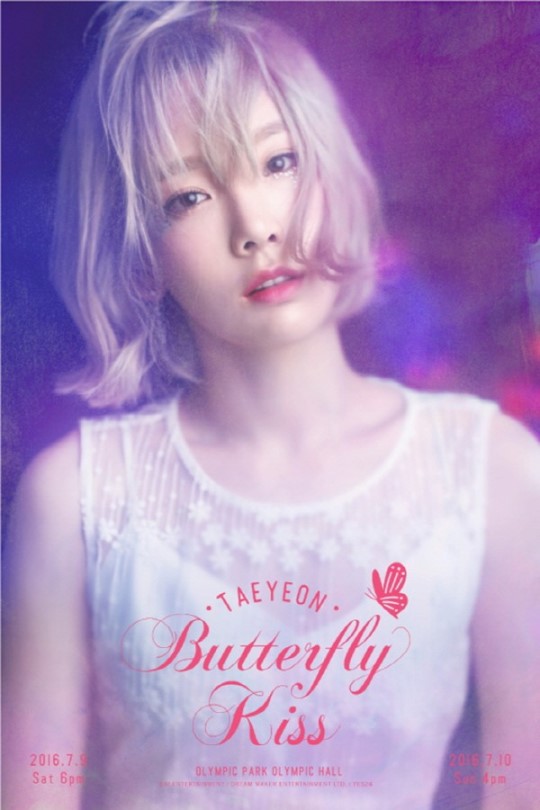 Girls’ Generation member Taeyeon has revealed the dates and locations of her upcoming solo concert through a gorgeous new poster!

On May 24, Taeyeon shared the poster to her Instagram for her concert series “Butterfly Kiss,” as well as all the details for her fans. She will first be performing at Seoul Olympic Hall from July 9 to 10, and then at Busan KBS Hall from August 6 to 7.

Taeyeon’s “Butterfly Kiss” concerts had originally been planned to be held this April, but SM Entertainment announced in March that they were being postponed.

Taeyeon made her solo debut with her first mini album entitled “I” in October 2015, and later that month held her first solo concert “Taeyeon’s Very Special Day” as part of SM Entertainment’s “The Agit” series. She most recently released the track “Rain” in February.