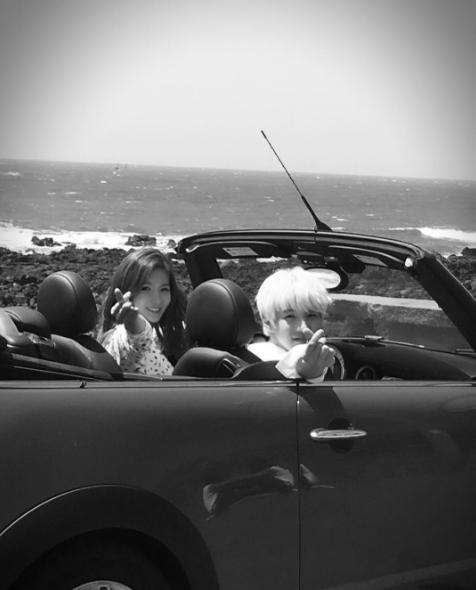 Former After School member and leader Jungah reveals another teaser for her collaboration with rapper J-STAR, who is releasing a track titled “S.S” The song comes out June 8. The video, revealed through Instagram, looks like a scene from the music video, featuring J-STAR. Watch it for yourself below!

Former After School member and leader Jungah is set to make her comeback as a singer!

She has teamed up with rapper J-STAR for a new release expected to drop in June. This will mark her first official comeback as a solo artist since her “graduation” from After School in January. Since leaving the group, she has actively updated fans on her daily life via social media.

On May 25, she teased fans about the release by sharing a photo of her and J-STAR on her Instagram.

Known for her captivating stage presence and powerful vocals, Jungah debuted as a member of After School in 2009 and later served as the group’s leader following Kahi’s withdrawal.

Are you looking forward to Jungah’s return?

J-STAR
After School
Jungah
How does this article make you feel?