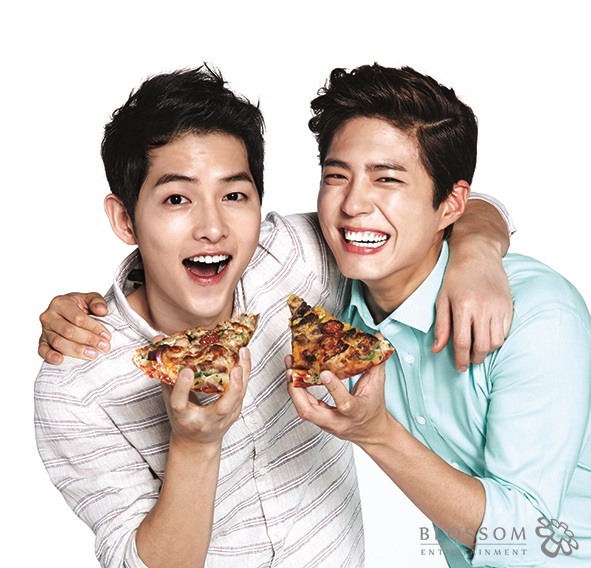 Song Joong Ki and Park Bo Gum have been chosen as the new models for Domino’s Pizza!

According to their agency Blossom Entertainment, the two popular actors will soon start appearing on various advertisements for the international pizza franchise. Fans can expect to see them both on TV commercials and printed ads which will showcase the actors’ warm friendship and refreshing bromance.

“We believe that Song Joong Ki and Park Bo Gum, who are extremely popular both domestically and internationally, will have a positive influence on the brand image of Domino’s Pizza,” a representative of Domino’s Pizza explained about their reason for casting the top stars as their new models.

Stay tuned for the release of their commercials!