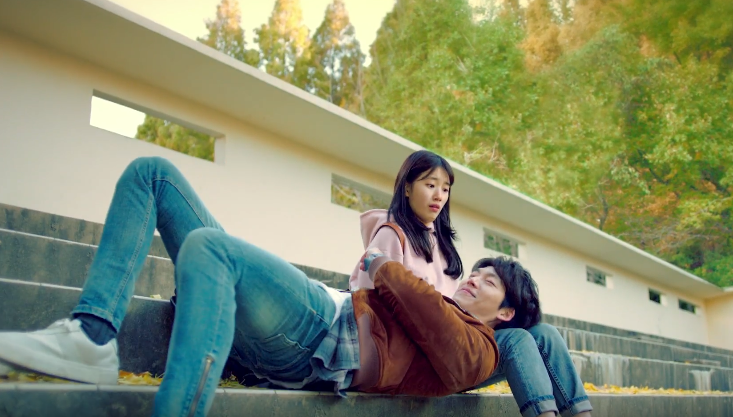 While the previous teaser shows the pair meeting in present time, the second teaser shows how the couple first met. Kim Woo Bin says, “What kind of bad thing did you do for you to be so surprised?” Then he asks, “Did you eat yet? I haven’t eaten yet.”

It appears as though Suzy is in a complicated situation as the pair walk to a police station only to try to prevent Kim Woo Bin from entering. He proceeds to try to get her identification card which leads her to yell, “What do you want me to do?!” Kim Woo Bin then suggests that they date.

The situation becomes hilarious as the couple shows aegyo in front of another individual. However, it appears as though their romance begins for real when Kim Woo Bin says he’s tired and asks Suzy to be his pillow for 10 minutes.