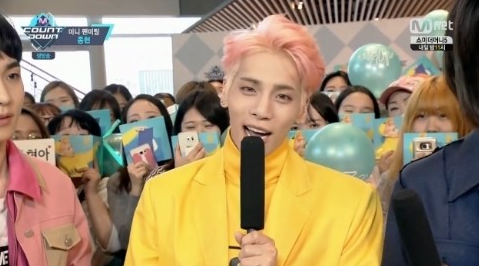 Watch: SHINee’s Jonghyun Reveals The Perks Of Going Solo And His Ideal Type On “M!Countdown”

On the May 26 broadcast of “M!Countdown,” the MCs ask Jonghyun what are some pros of going solo. Jonghyun is left to choose between three choices: getting the camera all to himself, getting to dance with the female back dancers, and getting a lot of profit out of the songs. 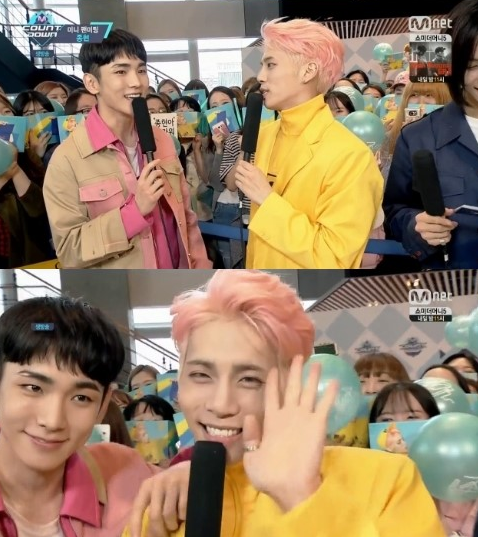 The MCs also ask, “We noticed that the lyrics of your song ‘She Is’ say, ‘I like your small eyes, dark eyebrows, and your pouted lips.’ Do those features describe your ideal type?”

Jonghyun replies, “I like people with those features quite a lot.”

Watch his fan meeting below!

Support the artist by buying Jonghyun (SHINee) - She Is from YesAsia
SHINee
Jonghyun
M!Countdown
How does this article make you feel?