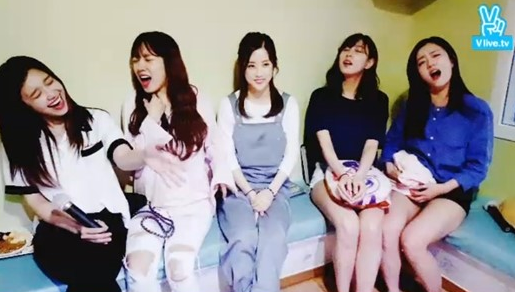 A Pink Has A Blast At Karaoke During Live Broadcast

A Pink put on a small concert for the fans!

On May 26, A Pink did a live Naver V app broadcast showing how they have fun in the karaoke room. Although the title of the broadcast was “We’re outside now,” the location had to be changed due to the weather conditions. So, A Pink chose to go to karaoke!

During the show, the members choose Eunji‘s “Hopefully Sky” as their first song. Having too much excitement in them, the members make fans burst out laughing by quickening the tempo and changing this slow, ballad song into a fun dance song. 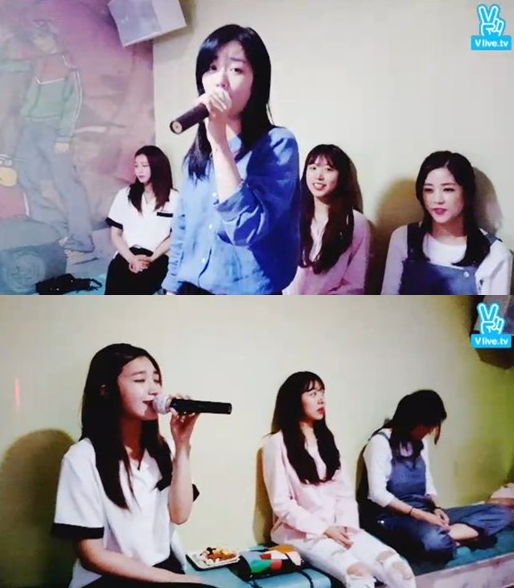 Later, the members take suggestions from the fans and sing Kim Bum Soo’s “I Miss You,” Tashannie’s “Caution,” Psy’s “Champion,” Gummi’s “You Are My Everything,” and Davichi’s “Love and War.”

Near the end of this one-hour broadcast, Eunji tells the fans, “We had so much fun with you all. I hope you got to listen to the songs you wanted and had a good time as well.”

To say goodbye to their fans, the members sing their song “I Don’t Know” and finishes the broadcast.

You can watch A Pink’s Naver V app broadcast here.

Apink
Naver V
How does this article make you feel?