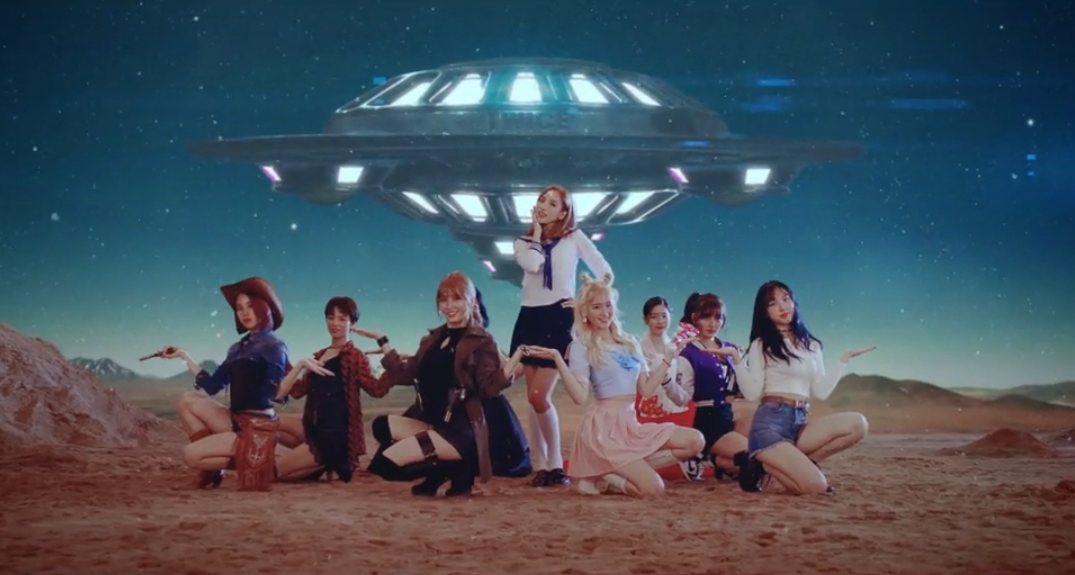 TWICE has released a fun new dance version of their latest hit track “Cheer Up”!

On May 27 at midnight KST, JYP Entertainment shared a video entitled “TWICE AVENGERS,” which features the TWICE members all dressed up in various fun costumes, such as a traditional Korean hanbok, a classy party dress, and cowgirl and anime-inspired outfits, with only one of them in their usual cheerleader uniform.

The MV was shot on a set that looks like another planet, with a UFO hovering in the background, but we also get a glimpse of the members filming in front of a green screen.

Meanwhile, TWICE are currently celebrating their seventh win for “Cheer Up,” which they took home on May 26’s episode of “M!Countdown.”