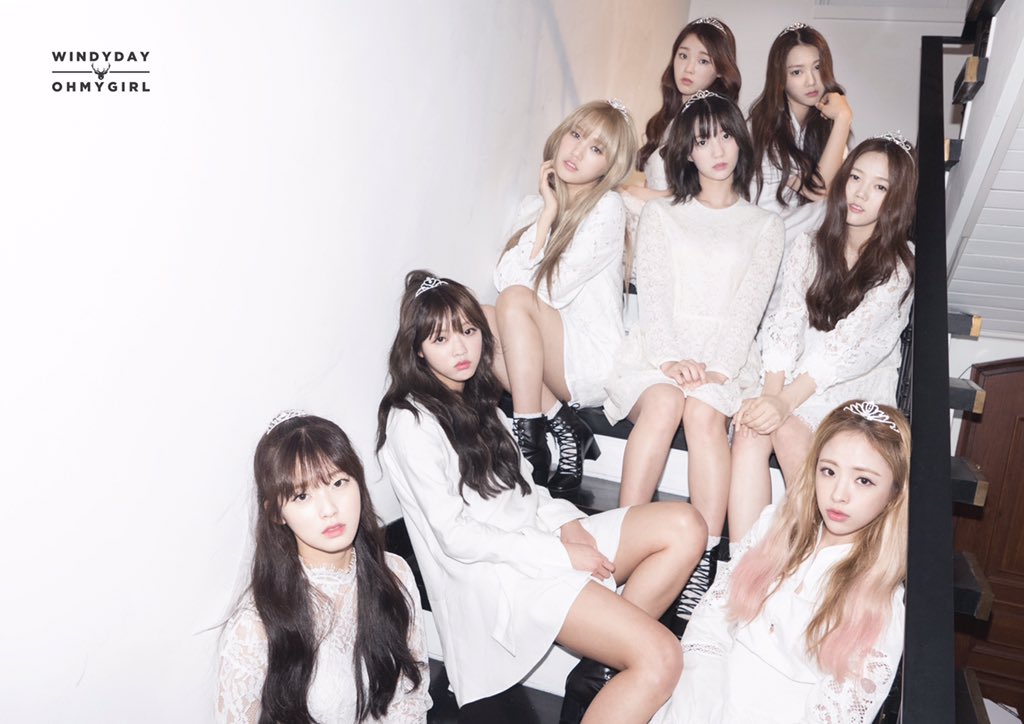 Having made their debut last year, Oh My Girl has easily became one of my favorite newer groups to follow.

Coming from WM Entertainment, they have promoted “Cupid,” “Closer,” “Liar Liar, ” “One Step, Two Steps,” and most recently, “Windy Day.”

Here are a few reasons why you should be watching out for them too.

The choreography for their latest song “Windy Day” looks exhausting with a lot of fast movements and few breaks in the song. In the video below, the tempo speeds up at 43 seconds in and doesn’t slow down until 1:39. This part happens three times in the song.

The girls are also known for their ridiculous transitions in their choreography. Most of the time, the person singing will get to the front middle in a second.

Keep track of the members in this part of “Windy Day.”

Similarly, this six second segment from the beginning of “Liar Liar” is more complicated than it looks.

They also gained popularity last year for their “Zodiac” choreography in “Closer,” where their formations create the zodiac signs (which can be seen in the video below, shot entirely from overhead).

Their versatility in potential concepts

“Closer” from their second mini album was one of my favorite songs of 2015. Featuring a unique ethereal sound, they showed off their versatility with the concept as it was very different from normal girl group pop songs.

While their title tracks have been usually on the cute side, Oh My Girl had also showed that they are capable of pulling a more mature and sexy concept in the future.

Not only does their official group Instagram get regularly updated, their stylists also share cute photos of performance outfits.

I love those “roller skate” shoes + this part of “Liar Liar.”

With lead vocalist Seunghee sick for a week during “Liar Liar” promotions, they didn’t use a back track for her parts, but instead had the whole group cover her lines.

Covering past hit songs by sunbae groups is always a rite of passage for rookie groups. They got the chance to perform with A Pink a just few months ago.

They have also covered performances of Girls’ Generations’ “Oh!” and “Mr.Mr.”

Seunghee and Hyojung are amazing vocalists.

“I Dreamed a Dream”
“In The Same Place”
“Just A Feeling”

What made you fall in love with Oh My Girl?

Oh My Girl
Soompi Spotlight
How does this article make you feel?