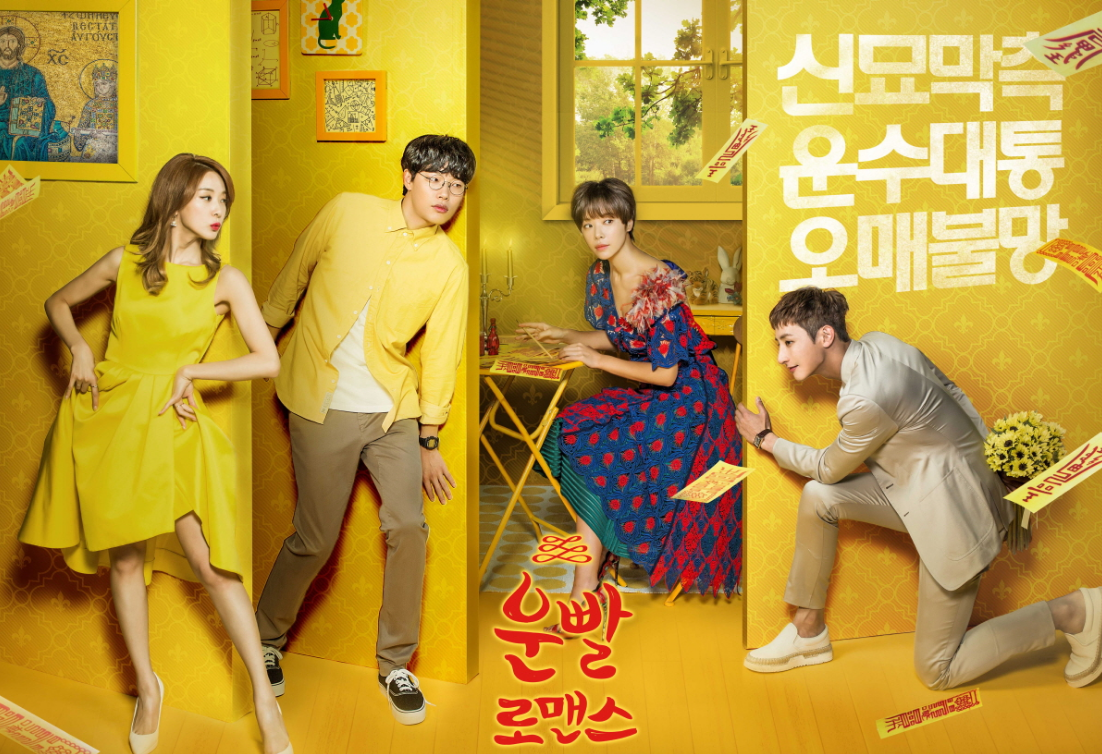 5 Reasons Why You Should Be Watching “Lucky Romance”

“Lucky Romance” is the new highly anticipated MBC drama that airs every Wednesday and Thursday starring Hwang Jung Eum, Ryu Jun Yeol, Lee Soo Hyuk, and Lee Chung Ah. The whole world (basically) has been holding its breath awaiting the return of Ryu Jun Yeol on the small screen. Secretly waiting, hoping, and wishing that his drama will be a success.

”Descendants of the Sun” has probably forever ruined my expectations for a drama pilot episodes (what do you mean Song Joong Ki won’t be in this drama?! No army uniforms?!), but I definitely made an effort to watch this one with an open mind and heart. So, what did I think about “Lucky Romance” and did it live up to the anticipation and hype?

I know that it hasn’t been getting the best feedback, but I did truly enjoy it! I tried not to expect too much, but I’m telling you, this drama did not disappoint. There are lots of feelings involved, so let me get to it.

To put it simply, there are five reasons why you should watch “Lucky Romance.”

All you Ryu Jun Yeol fans out there have been waiting for his return in a drama especially ever since he had his heart torn to shreds (and mine, for that matter) in “Reply 1988.” I have to be honest, I was a little worried that he’d be playing the same type of character in “Lucky Romance” and that it’d be a bit of a let-down, BUT he’s totally proving me wrong. He’s not a one-hit wonder, people. He’s the real deal.

Je Soo Ho (Ryu Jun Yeol) plays a mathematical genius who owns a big game development company. His personality is very rigid, logical, and it’s obvious that he doesn’t believe in luck or chance. Although he plays the same stoic, hard-to-read character as he did in 1988, there is a significant amount of more depth to Soo Ho than is let on in the previews. Viewers are already introduced to a bit of trauma from his past, which I assume is the reason why he’s dealing with some psychological issues as an adult. Side note: I was actually surprised to see the issue of mental health being addressed a bit through Soo Ho, as I wasn’t expecting such complex characters, but still — a pleasant surprise!

I was also a tiny bit concerned that Hwang Jung Eum would overwhelm him on screen since she’s got such a strong presence and acting style, but he held his own. Good for you, Soo Ho!

2. The rom-com queen is at it again

I know Hwang Jung Eum has been getting some slack for playing the same character in all her dramas, but I’m a huge fan of hers and I think she’s a great actress. In this drama, she plays a superstitious, skilled multi-tasker by the name of Shim Bo Nui who has about a million part-time jobs. I spent the first half of the first episode figuring out if I liked her character or not until they revealed her background. There were some emotional scenes that I found drew me in and helped me understand her character a bit more. Anyways, I’m totally in like with Bo Nui and I seriously could not stop laughing when she was dressed in that pink rabbit mascot suit. 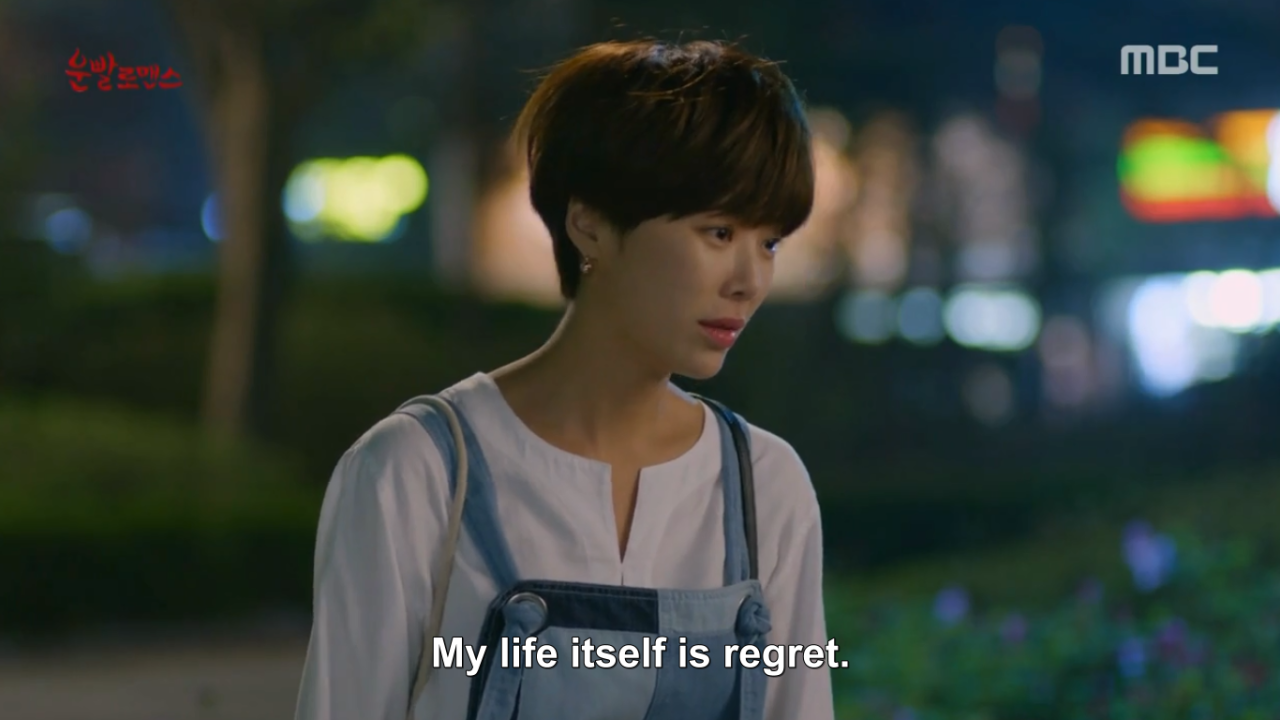 I have a feeling a lot of girls are going to be smitten with this one as the drama progresses.

There’s also that staple shirtless scene that I have to mention. And by mention, I mean:

But seriously, when you look past the physical aspect of Lee Soo Hyuk, you will find that he’s not just a pretty face. If you’ve seen his other dramas, you know that this guy can act. Lee Soo Hyuk plays pro tennis player Choi Gun Wook/Gary Choi who is a childhood friend/neighbor of Bo Nui and judging from the flashbacks, he had and still has a crush on her. The already persistent nature of Gun Wook looks like it’s going to intensify this love triangle, which is already giving me the feeeeels. I really don’t know what it is about love triangles that I love, but I do love them and I love this one.

There’s not much to say about the production value except for one main thing. There is a lot of CG in this drama, which I don’t mind. It’s definitely a unique approach and it helped show the thought process that the characters (moreso Soo Ho) go through. 5. The Feels and The Storyline

The storyline is pretty predictable, but I’m enjoying it. I liked the intense parts of the script and found that it added different layers and emotions to the story. The serious part of the story is hashed out quickly; it was all pretty much summed up in the first episode.

The relationships are progressing at a fairly good pace and I really appreciate that it’s not being dragged on. I’m glad they are already introducing the second male lead to the main actress instead of having to anticipate it in later episodes. It’s a little early to say, but the story/script is carrying the drama well, which is great because the actors and actresses continue to deliver. Although the motive behind this story is heart-breaking, I found myself starting to get giddy about the run-ins between Soo Ho and Bo Nui. I’m also already getting butterflies seeing Gary already trying to court Bo Nui — I can’t wait to see this love triangle intensify! The previews also provided a glimpse into Amy being in love with Je Soo Ho, which means this this love triangle will morph into a messy love square. Things should get twisted and complicated fast, and I can’t wait. What are your thoughts on this drama so far, Soompiers? Let me know in the comments below!

binahearts is a Soompi writer who loves to spend her free time immersed in all things Korean- dramas, movies, K-pop, and beauty products! Her favorite actors are Won Bin, Lee Min Ho, and more recently, Song Joong Ki. She also loves watching most variety shows and has claimed to have watched every single episode of Running Man. Some of her favorite K-pop artists include a lot of old-school groups like, Sech Skies, g.o.d, and Jinusean. As for more recent groups, she likes Dean, BIGBANG, Akdong Musician, and GOT7. When she isn’t watching the latest drama series, she can be seen indulging in her favourite hobbies which include singing her heart out at karaoke, photography, playing with her dog, and eating dessert!