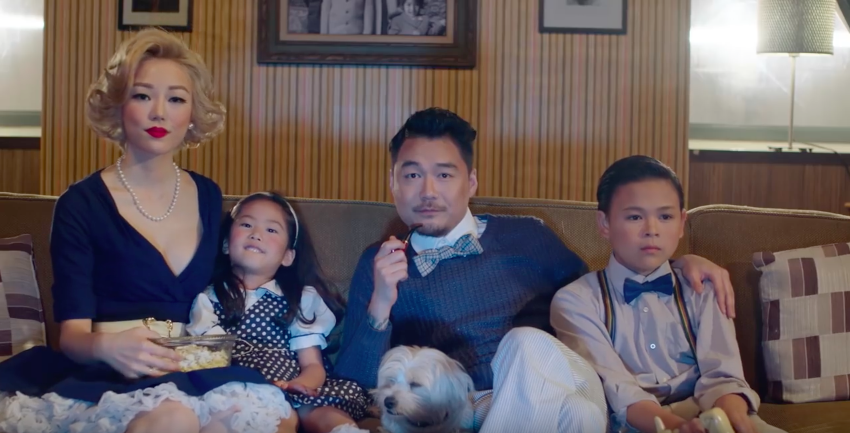 Korean-American rapper Dumbfoundead is using his talents to challenge the lack of diversity in Hollywood.

In his new music video “Safe,” Dumbfoundead himself replaces the leading characters from many iconic movies, which were played almost exclusively by white actors. The lyrics to the song pinpoint a lot of problems that Asians in the American entertainment scene face, such as lack of leading roles, being delegated to villainous roles, and not being recognized at awards ceremonies, to name a few.

Some of the movies mentioned in music video include “Braveheart,” “Pirates of the Caribbean,” and “Iron Man.” It’s not limited to the big screen, either; TV shows like “Full House,” “The Brady Bunch,” and “Game of Thrones” were also included. To drive his point home, the video ends with Dumbfoundead being replaced by a white actor.

This isn’t the first time the issue of diversity has been called into question by the Korean-American community, either. A young digital strategist protested the whitewashing of Hollywood by editing Korean-American actor John Cho into the promo posters of many box-office smashing films. The protests have only grown stronger in recent months, especially following the news that Scarlett Johansson would be starring in the live-action remake of the Japanese comic “Ghost in the Shell.”

Check out the video below. What are your thoughts on the issue?

Dumbfoundead
How does this article make you feel?