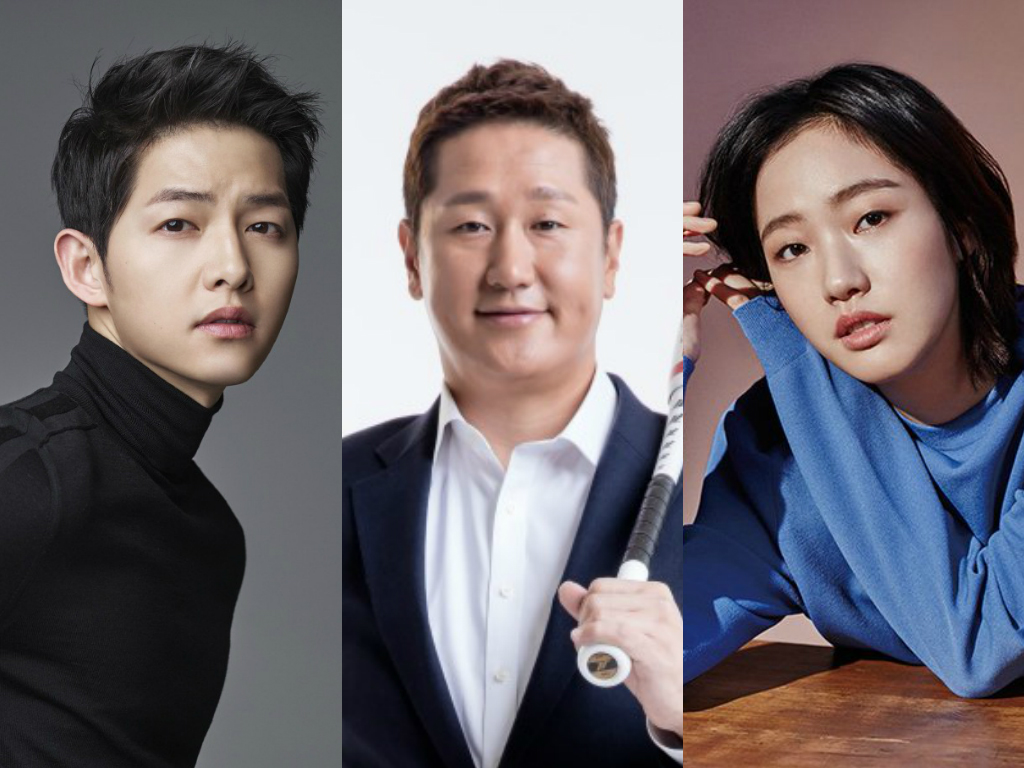 The top ranking celebrities with the best CF brand reputation for the month of May have been revealed.

According to the Korean Business Research Institute, actor Song Joong Ki once again takes the number spot for the third month in a row since March. Right behind him, baseball player Lee Dae Ho of Seattle Mariners places second, while actress Kim Go Eun places third.

AOA’s Seolhyun and celebrity chef Baek Jong Won follow up in fourth and fifth place respectively. While Song Hye Kyo was in second place originally for March and April, she is in sixth place for May. Meanwhile, “Reply 1988” co-stars Ryu Jun Yeol and Park Bo Gum maintain their steady reputation as well, ranking eighth and ninth respectively. 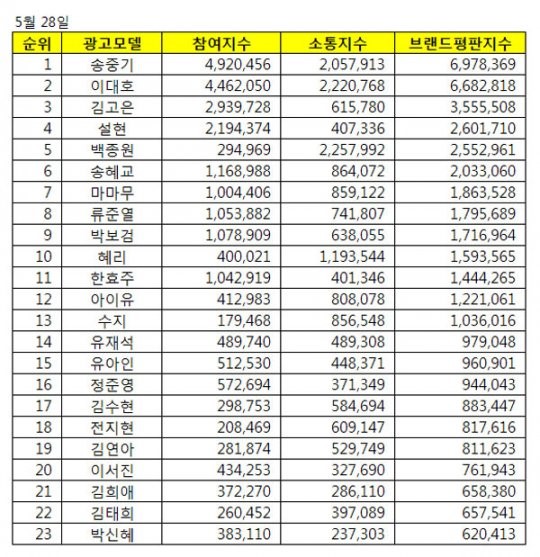 The institute complied the results of 23 different CF stars and 43,790,880 pieces of data, from April 27 to May 28 KST. Brand reputation extracts data and observes consumers’ actions to measure participation value, communication value, media value, and social value, which is then used to compile a weighted index of said CF stars to determine who has the farthest reach.

Who are some of your favorite CF stars?

*An earlier version of this article misstated Ryu Jun Yeol and Park Bo Gum’s rankings as seventh and eighth, when they are actually eighth and ninth respectively.