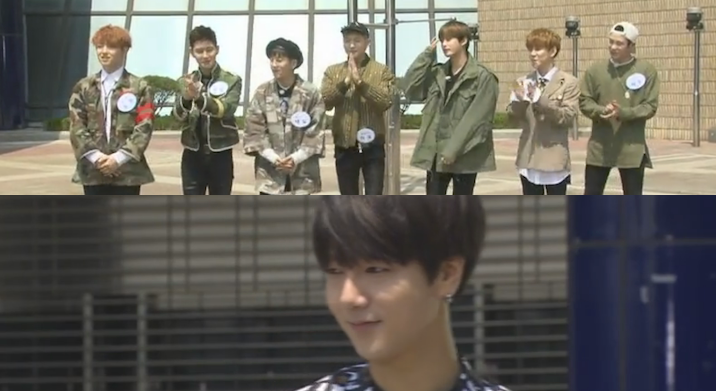 Block B and Super Junior member Yesung appear in the latest episode of “Sister’s Slam Dunk” to help the members as they try to form their own girl group!

Being a member of a girl group has always been Min Hyo Rin’s dream, and so the cast of “Sister’s Slam Dunk” are trying to achieve it by forming a group together with the help of JYP Entertainment’s Park Jin Young.

In May 27’s episode, Block B meets with the group to give them some tips. Ra Mi Ran is particularly excited to see them, as she’s a fan of Zico and has mentioned before that she hoped he’d come on the show. But when the cast introduces themselves as a new girl group, the guys are skeptical, and P.O even laughs and says “You’re lying!” 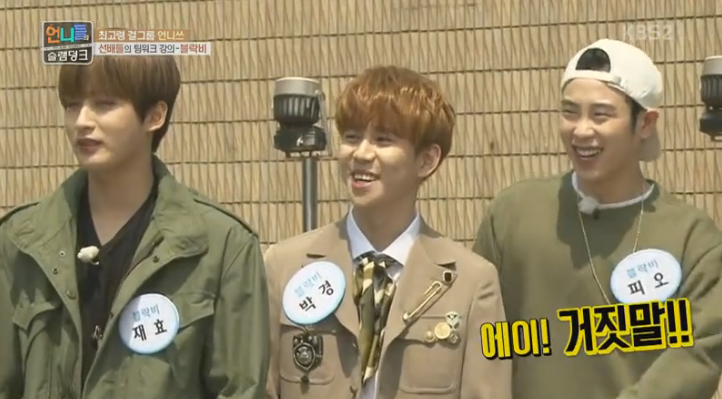 Kim Sook asks Block B how they think their girl group will work as a team, and Zico replies that they should split into two units, with Girls’ Generation’s Tiffany, Min Hyo Rin, and Jessi in one, and Kim Sook, Ra Mi Ran, and Hong Jin Kyung in another. When the older members express their disappointment, Zico says, “It’s just that you might be able to do different genres!” 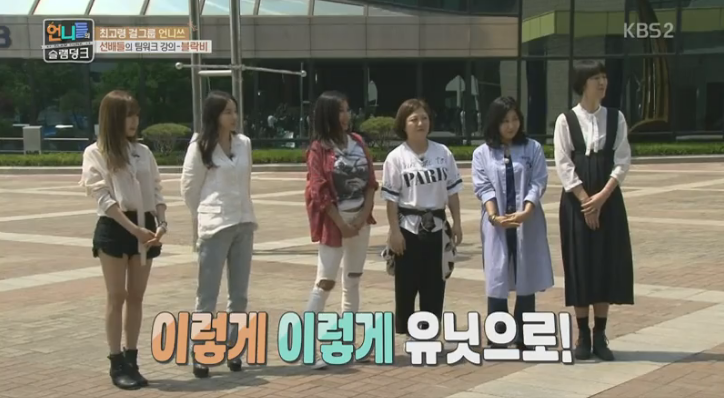 “What do you think our genre would be?” asks Kim Sook, and Zico replies, “Folk?” Ra Mi Ran then fires back with a rap about how Zico is judging her, which blows all the Block B members away. “We can do anything, Block B!” she adds, still rapping fiercely. 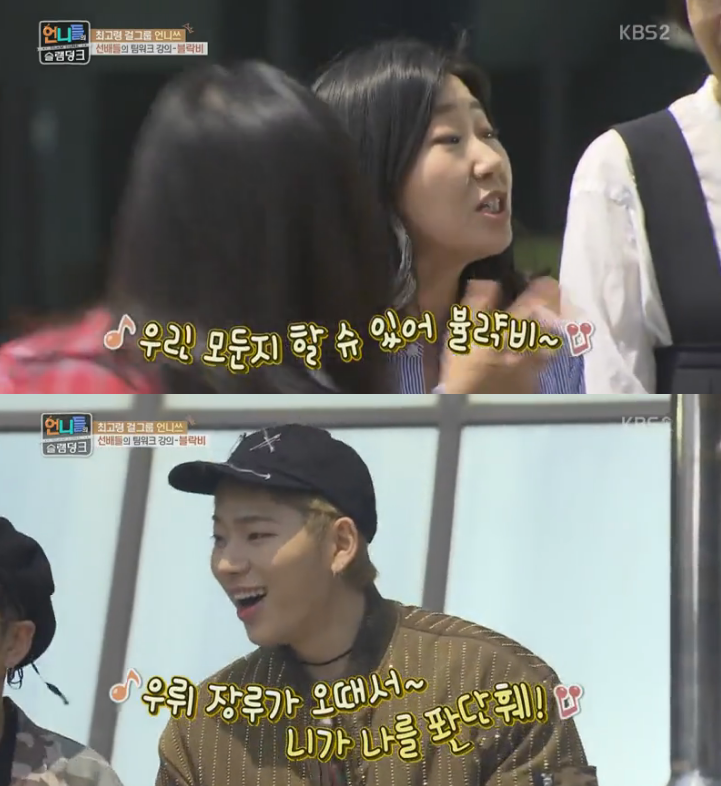 Tiffany explains that Ra Mi Ran is a big fan of Zico, and he comes over to give her a hug. Block B then helps the members figure out who should be the “center” of their group, and where everyone else should stand. 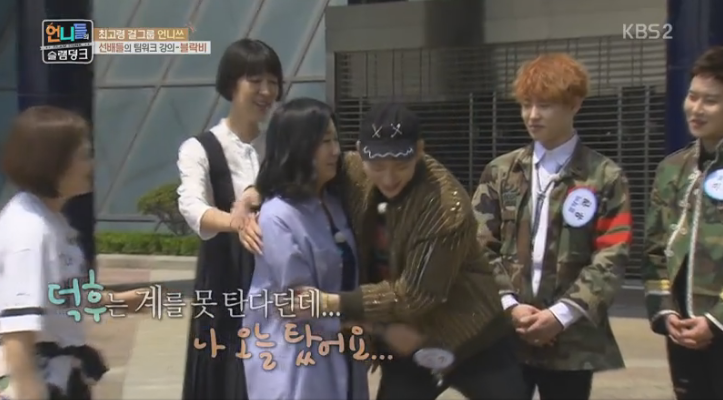 Super Junior’s Yesung is next up to give them advice, and although he arrives with a fan over his face, his label mate Tiffany recognizes him right away and rushes over to give him a hug. 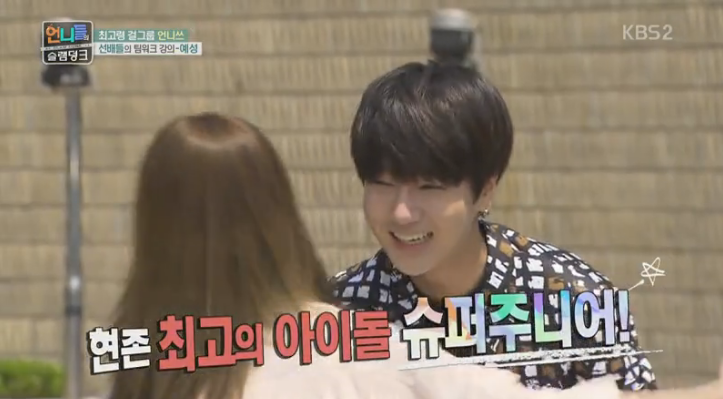 Yesung says he considers himself an expert in teamwork because he’s been a part of Super Junior for so long, and so he’s there to test how well their group works as a team. He plays a game against the cast as a group, which they fail horribly! 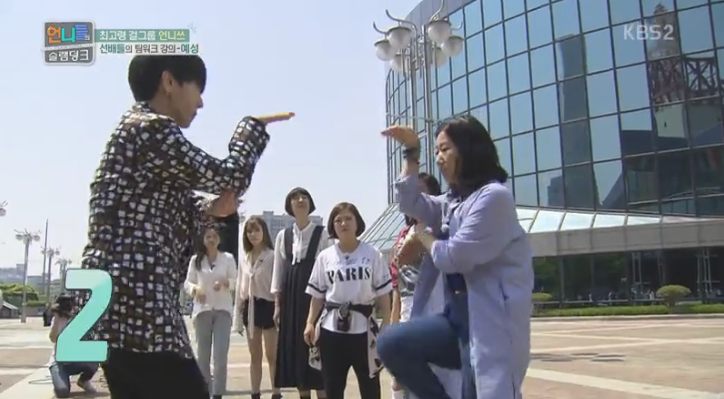 Kim Sook then asks Yesung how Super Junior’s teamwork has been so great for the past eleven years, and Yesung replies, “At first we used to fight a lot, but then as time went on, we came to recognize and accept our differences.” 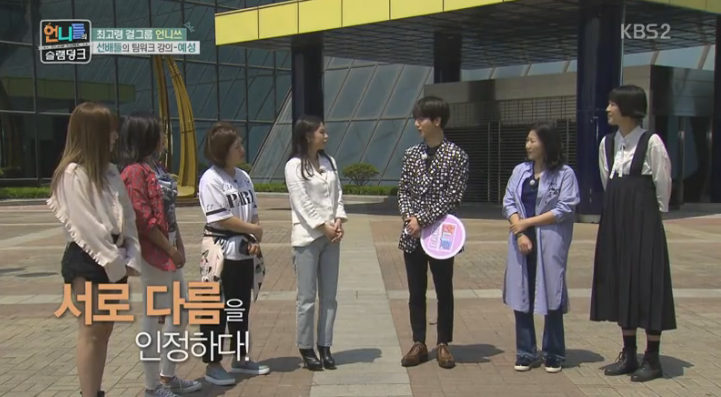 The members then take Myers-Briggs personality tests so they can learn about their differences too!