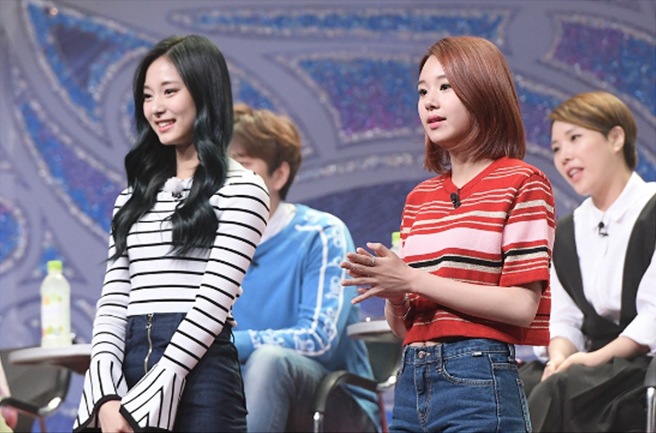 TWICE’s Tzuyu and Chaeyoung are joining the panel of MBC’s “King Of Masked Singer” to help uncover the identities of the masked performers.

Representatives of the show announced on May 28 that “King Of Masked Singer” panel will feature the lovely Tzuyu and fresh maknae Chaeyoung of TWICE.

The girl group members are anticipated to brighten up the studio even more with their refreshing youthful charm.

During filming, the other panel members are amazed by their sharp deduction skills when the girls exclaim that they know the singers’ identities.

Also joining the panel is comedian Kim Gi Ri who showcased his surprising talent as a rapper when he performed on the May 15 episode under the alias “I’m Fine Thank You.”

As a panel member, he cracks up the audience and the other members with his gags and “breathless” rapping.

TWICE
Tzuyu
chaeyoung
Kim Gi Ri
The King of Mask Singer
How does this article make you feel?