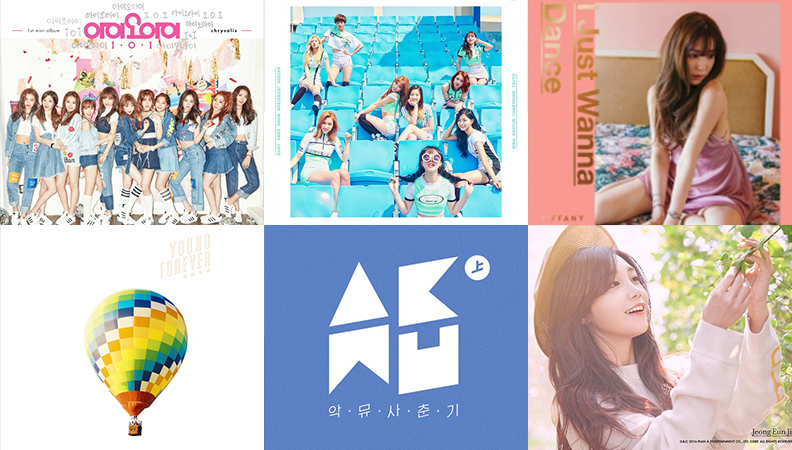 For the third straight week, TWICE’s “Cheer Up” is our No. 1 song. This song shows no sign of slowing down, winning on Inkygayo, Music Bank, and M!Countdown last week. It ends up scoring even higher than last week. Congratulations again to TWICE.

Akdong Musician’s “RE-BYE” remains at No. 2 this week but the gap with “Cheer Up” was widened. Moving up one spot to No. 3 is rookie group I.O.I’s “Dream Girl.”

There is only one new song in the top 10 this week. Moving up nine spots to No. 4 is Girls Generation’s Tiffany. Her song “I Just Wanna Dance” is from her first mini-album. Tiffany has many hit songs with Girl’s Generations and the sub-unit TaeTiSeo but this is her first solo effort. It is a dance song with a retro sound. Tiffany’s dreamy tone and makes the song powerful and emotional. The lyrics encourage listeners to forget their worries and dance.