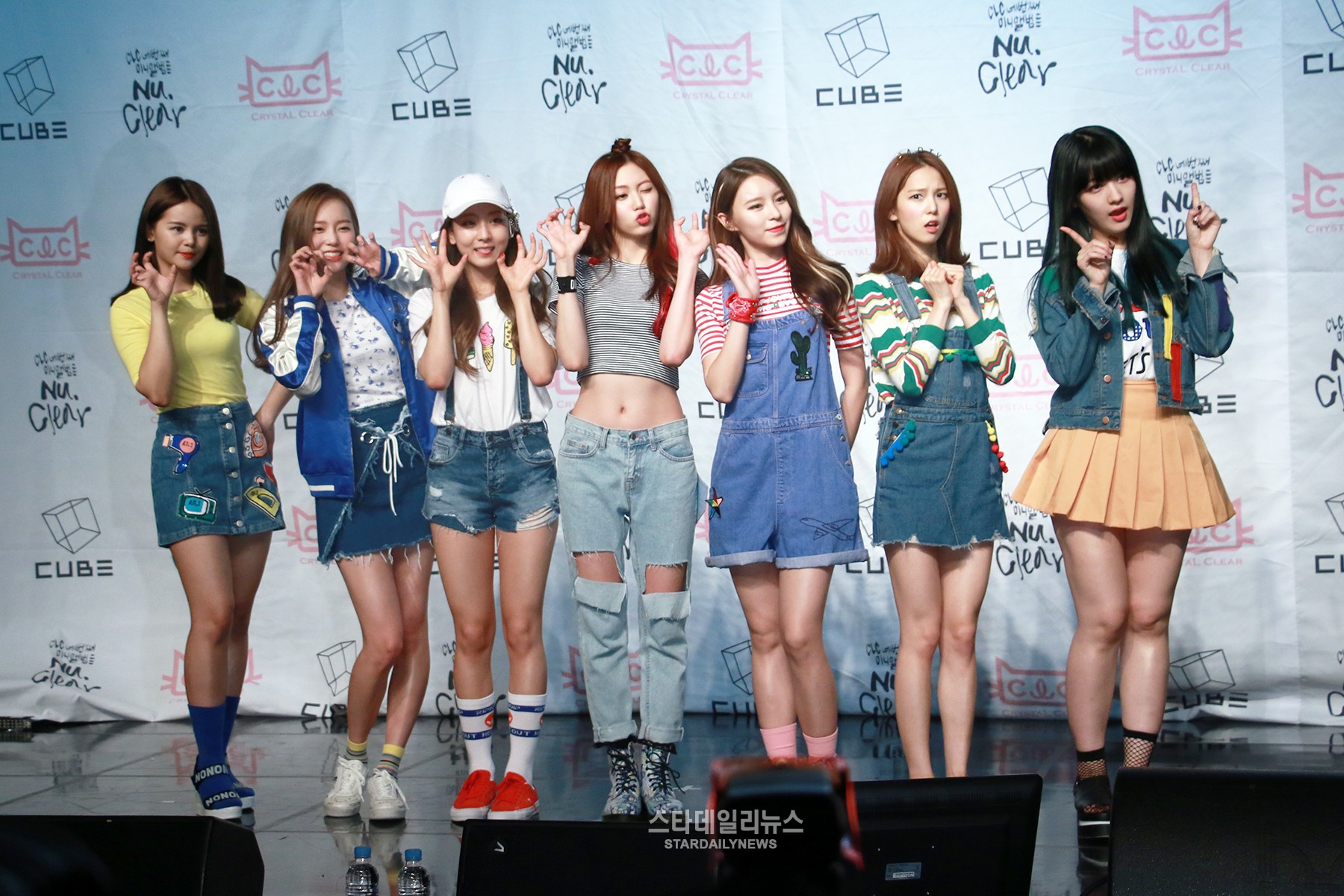 CLC’s Eunbin says she’s excited to start promoting as a new member of the group.

On May 30, the girl group held the showcase for their fourth mini album “NU.CLEAR” which dropped at midnight, along with the music video for the fresh title track “No Oh Oh.” This marks CLC’s first official release as a seven-member group, following the addition of Elkie Chong and Eunbin.

Eunbin, who gained popularity while appearing on Mnet’s girl group survival show “Produce 101,” opened up about her eventful past few months during the showcase.

“I was still filming ‘Produce 101’ when it was reported that I’d be joining CLC. I worked even harder while thinking of myself as a trainee, and looking back at it while preparing for my another debut, it was a good experience.”

“Before my actual debut, I got to learn about finding the cameras, carrying microphones, and more while appearing on ‘Produce 101.’ Although I joined the group late, I’ve been able to adjust rather quickly. I’m no longer struggling. I’m having fun,” she described her journey so far, and explained how she has benefitted from the reality show experience.

Meanwhile, CLC will be kicking off their promotions for “No Oh Oh” this week.

Support the artist by buying NU.CLEAR from YesAsia

CLC
Star Daily News
Eunbin
How does this article make you feel?