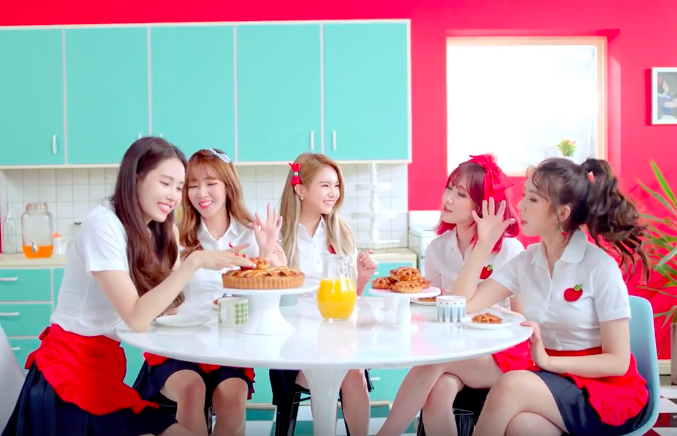 Watch: FIESTAR Is Sweet Like “Apple Pie” In Comeback MV

FIESTAR has dropped the music video for their new digital single “Apple Pie”!

The single was released on May 31 at midnight KST, marking the five-member girl group’s comeback after a short two-month hiatus.

Showing a more playful side of the usually sensual FIESTAR, “Apple Pie” is an energetic synth pop number with witty lyrics inspired by Snow White and the story of Adam and Eve. The catchy dance track was created by an international crew of producers working with Marcan Entertainment, who previously put out hits like Taeyeon’s “I,” EXO’s “Love Me Right,” and Red Velvet’s “Dumb Dumb,” while the lyrics were penned by leading songwriter Seo Ji Eum.

Check out the fun and vivid music video, directed by the famous Zanybros and starring Cao Lu’s virtual husband Jo Se Ho, below!

FIESTAR
How does this article make you feel?