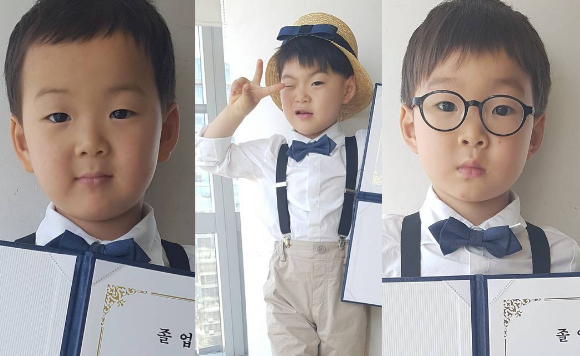 Song Triplets Show Off “The Return of Superman” Diplomas From Fans

Song Il Gook’s adorable triplets have revealed the diplomas they received from fans for “graduating” from “The Return of Superman”!

Daehan, Minguk, and Manse joined “The Return of Superman” with their dad, actor Song Il Gook, in July of 2014, and they stole the hearts of viewers right away. They left the show on February 7 of 2016, but fans have thankfully still been able to keep up with them via their dad’s Instagram updates.

On May 30, Song Il Gook shared photos of the boys holding up graduation diplomas given to them by a fan club. Each of the triplets has a diploma with their name on it, with the text underneath reading, “We present this graduation diploma to the child above with our boundless thanks for giving laughter and joy to not only the nation but also people throughout the world through their angelically beautiful, lovely, and sweet words and actions.”