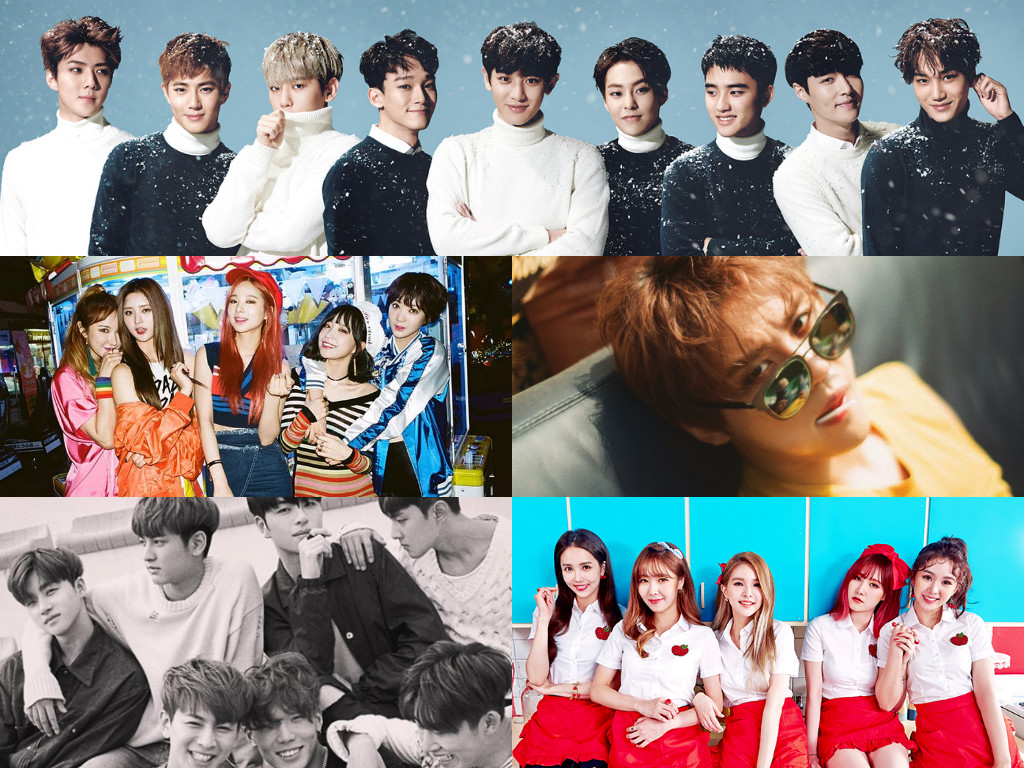 Who Will Have The Hottest June Comeback?

June is going to be a month full of great comebacks.

EXO recently confirmed their comeback date as June 9 and will be releasing their third full studio album. Their comeback comes six months after releasing their special album “Sing For You” last December. Since then EXO members have been busy with individual projects including acting in dramas and films, releasing collaboration songs, and more. EXO will be holding their first comeback stage on Mnet’s “M!Countdown” the same day of their album release.

iKON released a surprise single “WYD” (“What You Doing”) on May 30 and have topped domestic and international charts quickly. The group is expected to continue being successful in June. Also, Bobby will most likely be releasing a solo song sometime soon according to recent teasers.

JYJ’s XIA (Junsu) also released his fourth full studio album on May 30 titled “Xignature.” With 13 songs and multiple collaborations with talented artists, his album isn’t disappointing fans. The music video for his title track “Rock the World” is also gaining attention for its artistry.

EXID, known for their highly popular hit tracks like “Up & Down,” is another anticipated group making a comeback in June. Their first full studio album “Street” will be released on June 1. This album comes seven months after the release of their digital single “Hot Pink” last November. Member LE also participated in composing and writing lyrics for their title track “L.I.E.”

FIESTAR is also making a quick comeback two months after their last release. The group will be releasing their digital single “Apple Pie” at midnight on May 31. After gaining more popularity and awareness, FIESTAR will be trying out a different concept for their June comeback. Also, “Apple Pie” has been revealed to be the work of producers including hitmaker Ryan Jhun who has worked on Taeyeon’s “I,” EXO’s “Love Me Right,” Red Velvet’s “Dumb Dumb,” and more.

Which comeback are you most excited about? Vote below!

iKON
EXID
EXO
Junsu
JYJ
FIESTAR
How does this article make you feel?