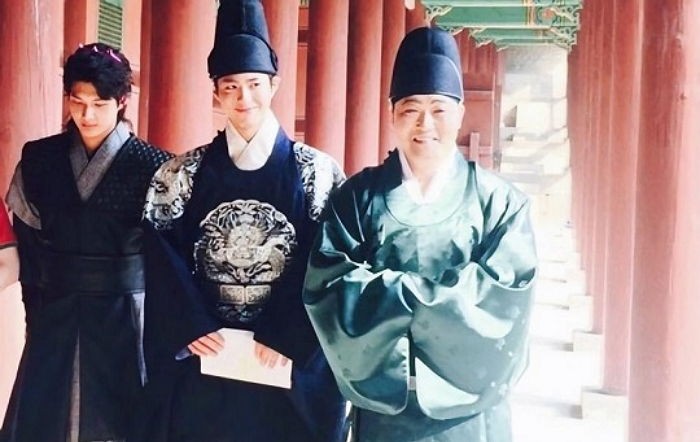 The first behind-the-scenes photo of KBS2’s upcoming drama “Moonlight Drawn By Clouds” has been revealed!

On May 31, a photo of Park Bo Gum and his co-stars was uploaded onto an online community site and shared through various SNS channels.

The photo features Park Bo Gum wearing his crown prince attire and smiling brightly on set. It appears as though his co-stars Lee Seo Won and Jang Kwang are next to him.

Many fans have commented that the outfit suits him well and Park Bo Gum looks the part of his handsome crown prince role.

Meanwhile, “Moonlight Drawn By Clouds” tells of a youth romance and stories of growth set in the Joseon Dynasty. The main cast members also include Kim Yoo Jung, B1A4’s Jinyoung, and Chae Soo Bin. The first episode is scheduled to air on August 15.